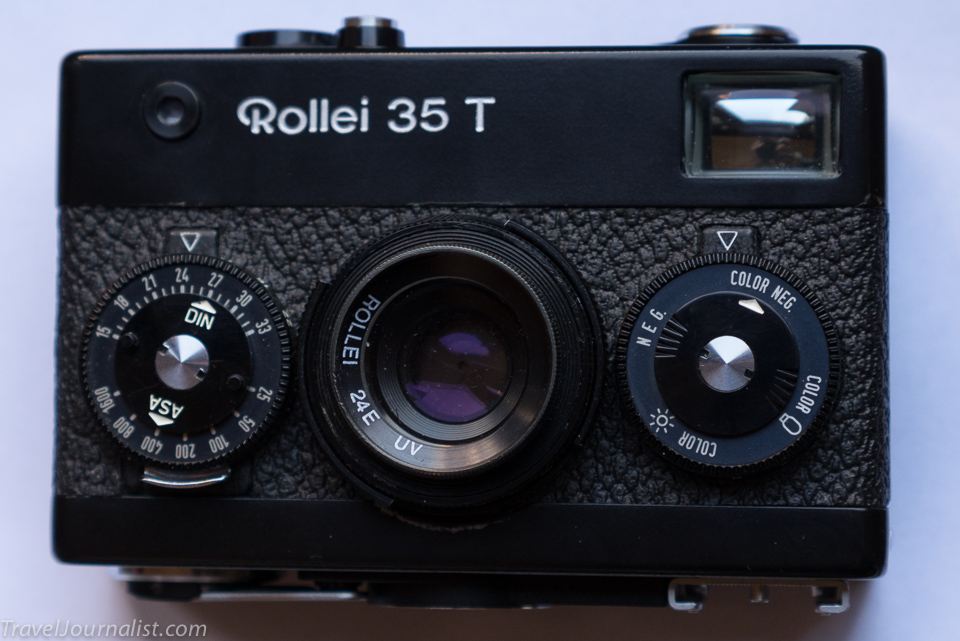 I bought this camera in Paris,at Photo-Beaumarchais (54, Boulevard Beaumarchais, Paris, France) for 180 euros. I think it is a fair price considering that it was well maintained and it’s working perfectly. There is a 3 months guaranty. I have the original Rollei case, and the Rollei 24E UV filter. The light meter is working and the battery was included. The only think is that I don’t have the strap so I will try to find one.

UPDATE 8 February 2014 : I went to Photo Odeon, another shop in the same neighbourhood.this is the busiest shop on the street, it must have a good reputation. I found a strap , for 15 euros. expensive but it’s new and it will last forever. interesting thing to notice: they had the same model for 299 euros.
This same week-end I went to a camera shop in a very different place : Photo Suffren, 45 avenue de Suffren, close to the Eiffel Tower. I bought a battery for the light meter, even if mine is working well, but I wanted a spare one before travelling. There is a sticker on top of it, and the guy told me that you have to remove it and wait 4 hours before placing it in the camera. 12 euros. there is no brand on it. actually, the battery which was included when I bought the camera is an Energizer EPX625G .
He told me that he could modify the electric system in order to be able to place a standard battery that could stay a few years. he could do that for 70 euros. I declined the offer, I prefer to keep the original system.

Boulevard Beaumarchais in Paris is a neighbourhood with many camera shops, and it’s really a paradise for the enthusiast who is looking for a vintage camera, lenses and parts. the metro is Chemin Vert.

I tried for the first time the camera with a Fujifilm X-TRA superia 400 (color). I shot in Paris and in Brussels. I brought it to a shop to scan the film. they gave me some JPEG around 900 ko and 1840 pixel for the large size.