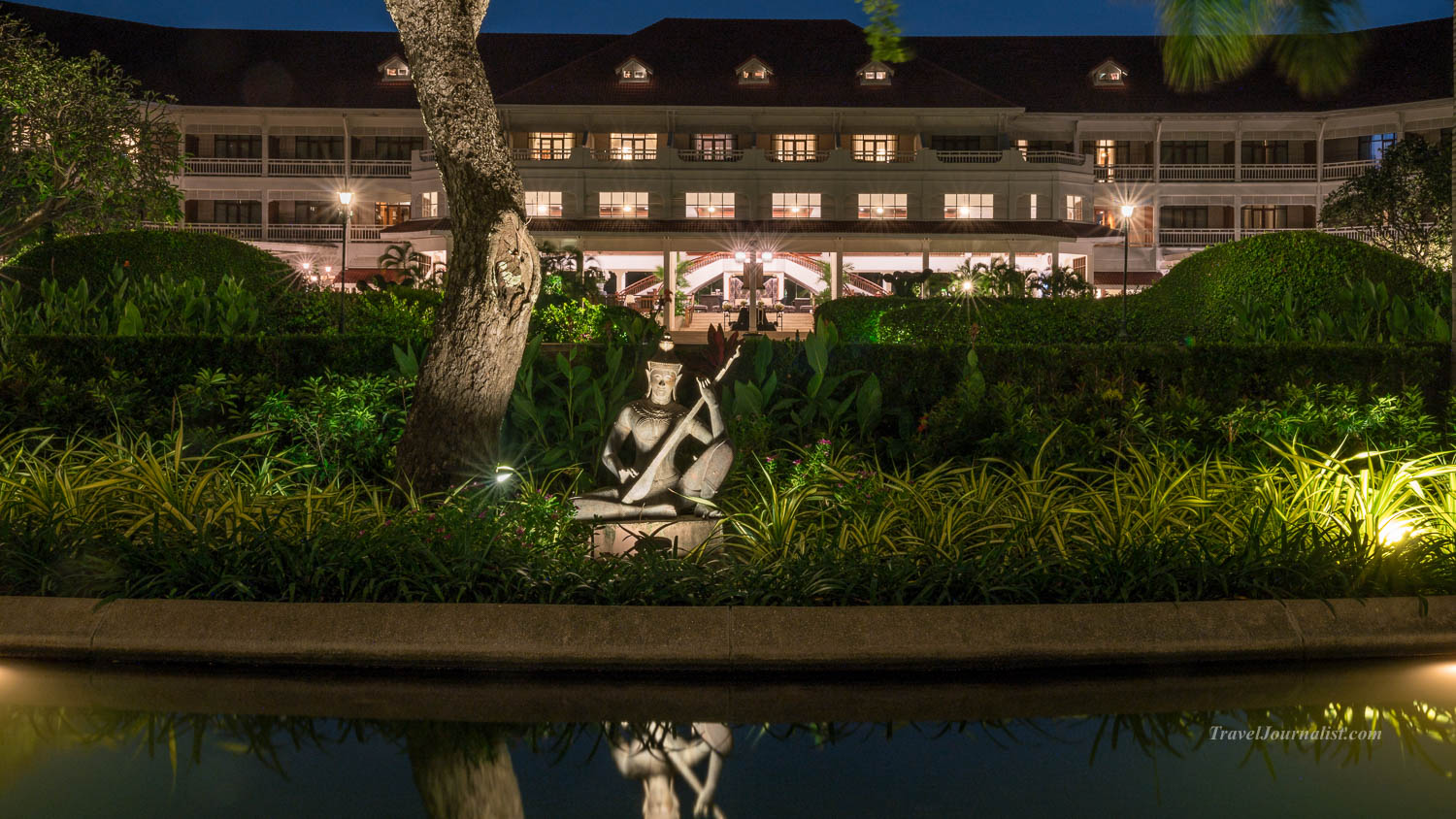 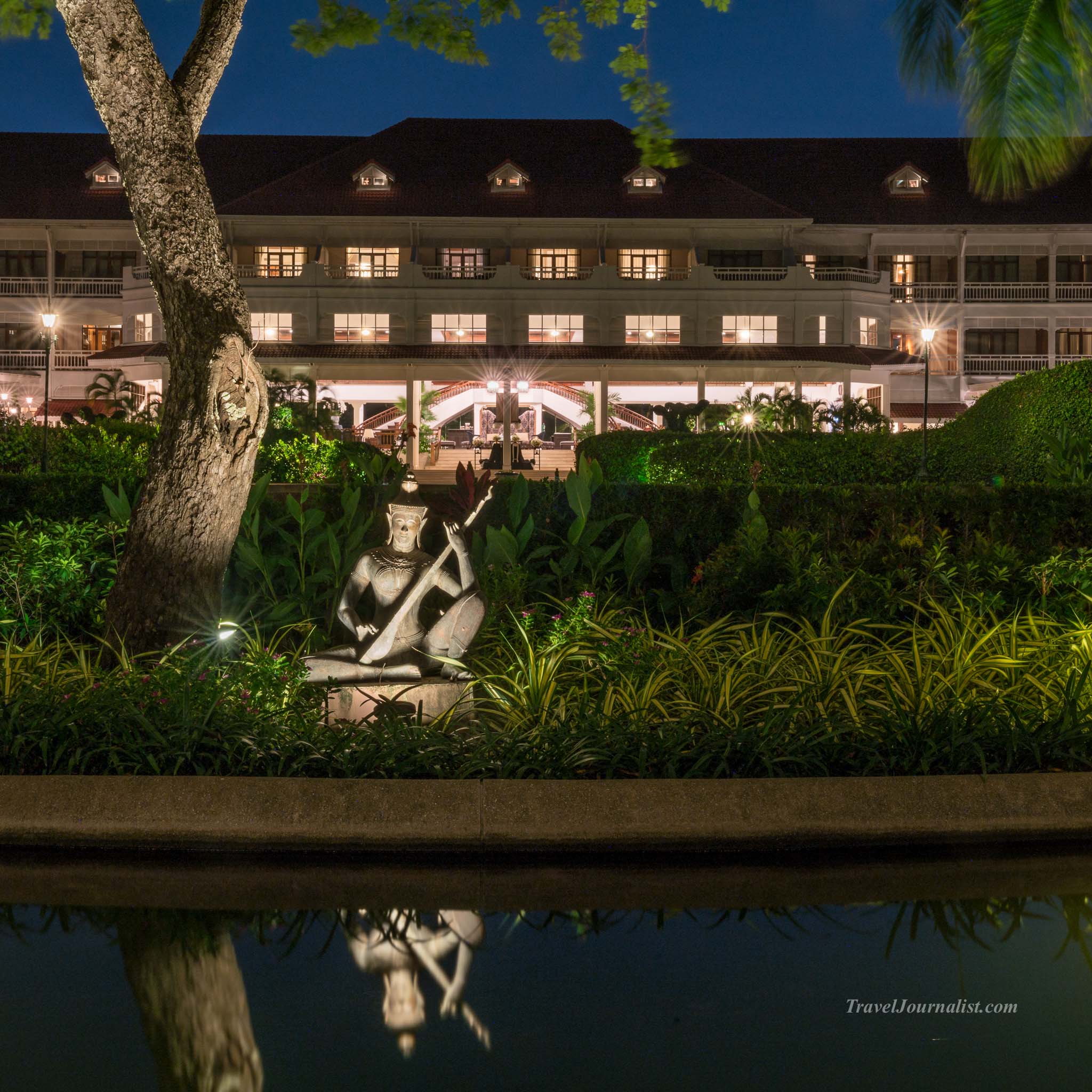 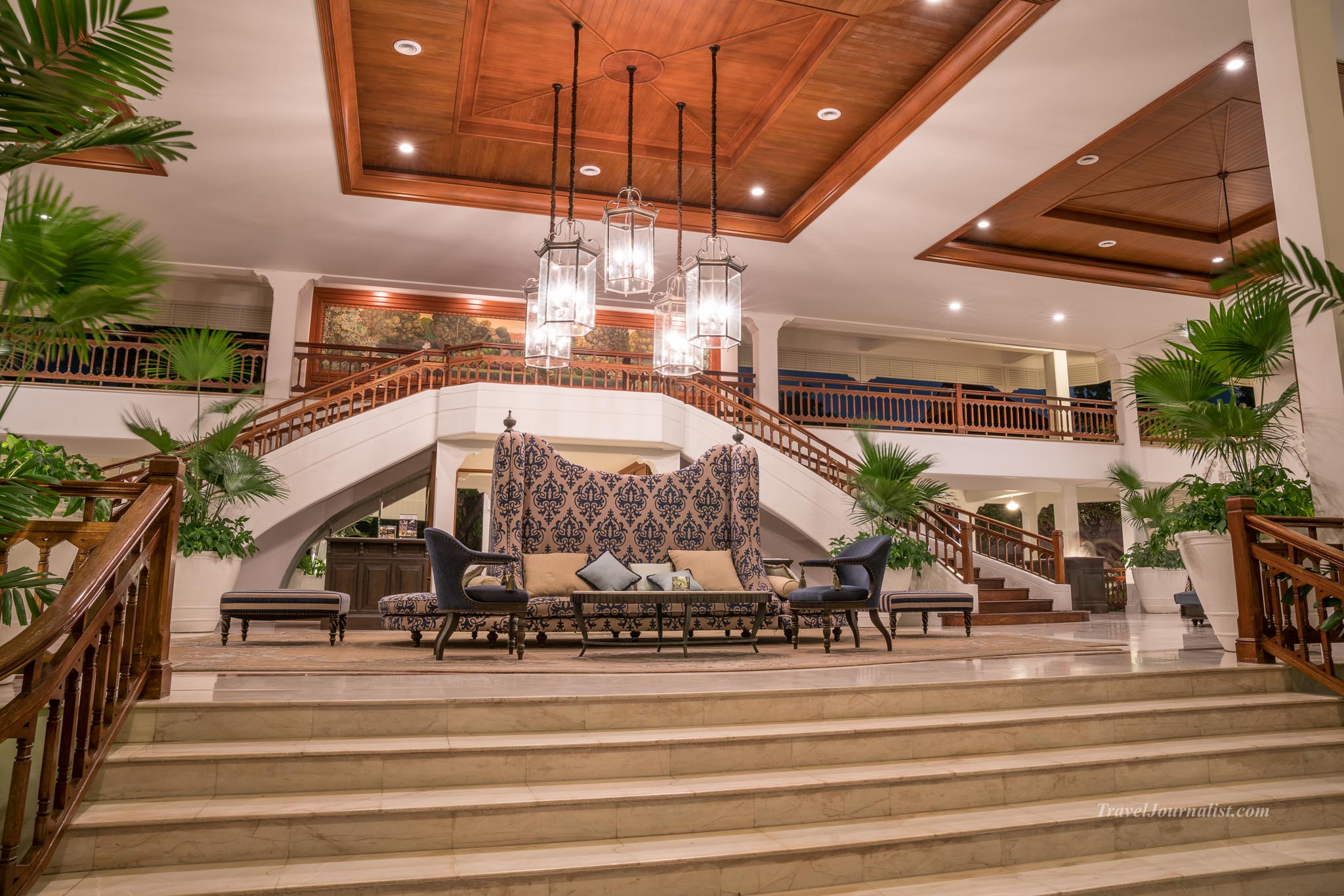 The entrance of the hotel 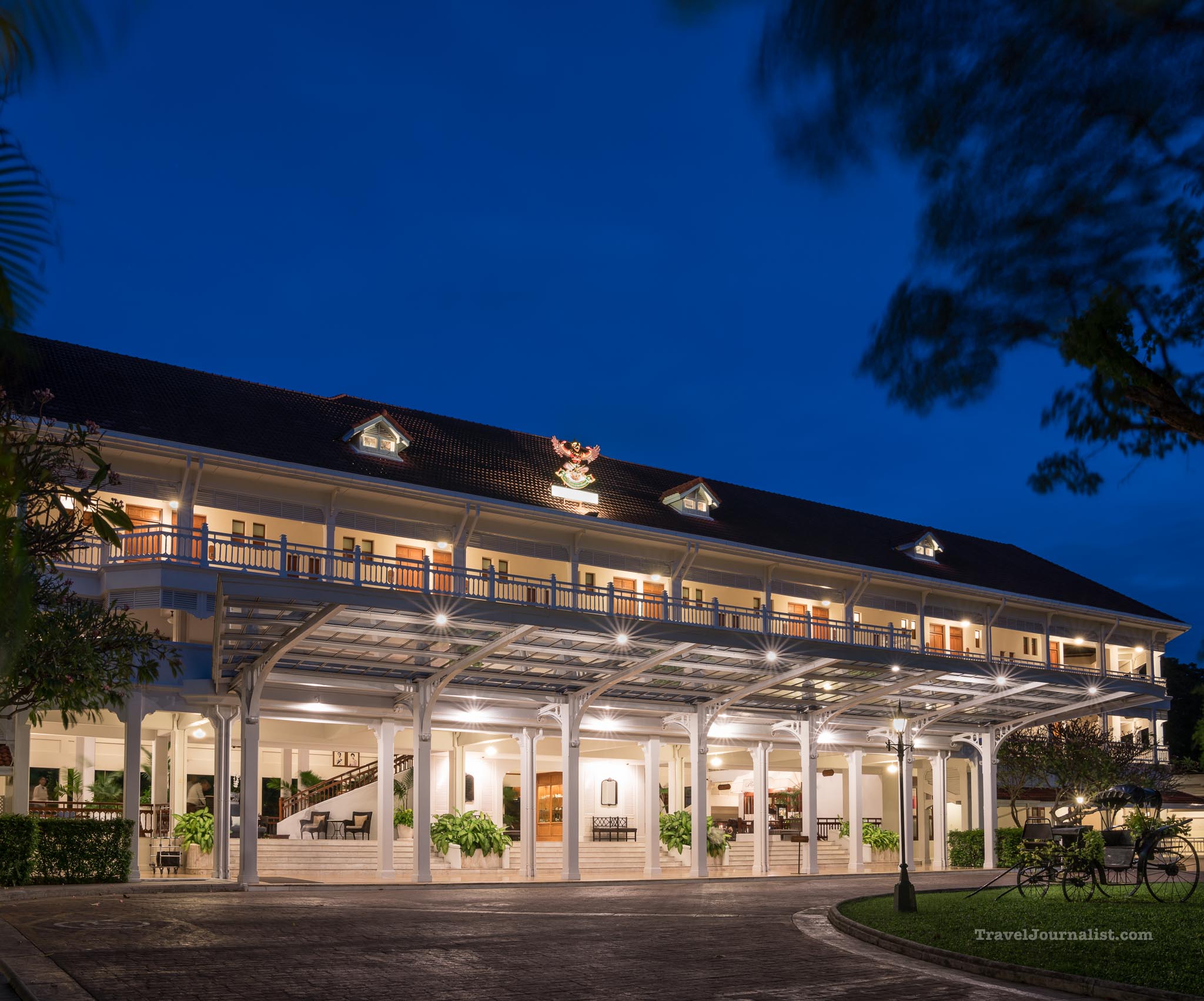 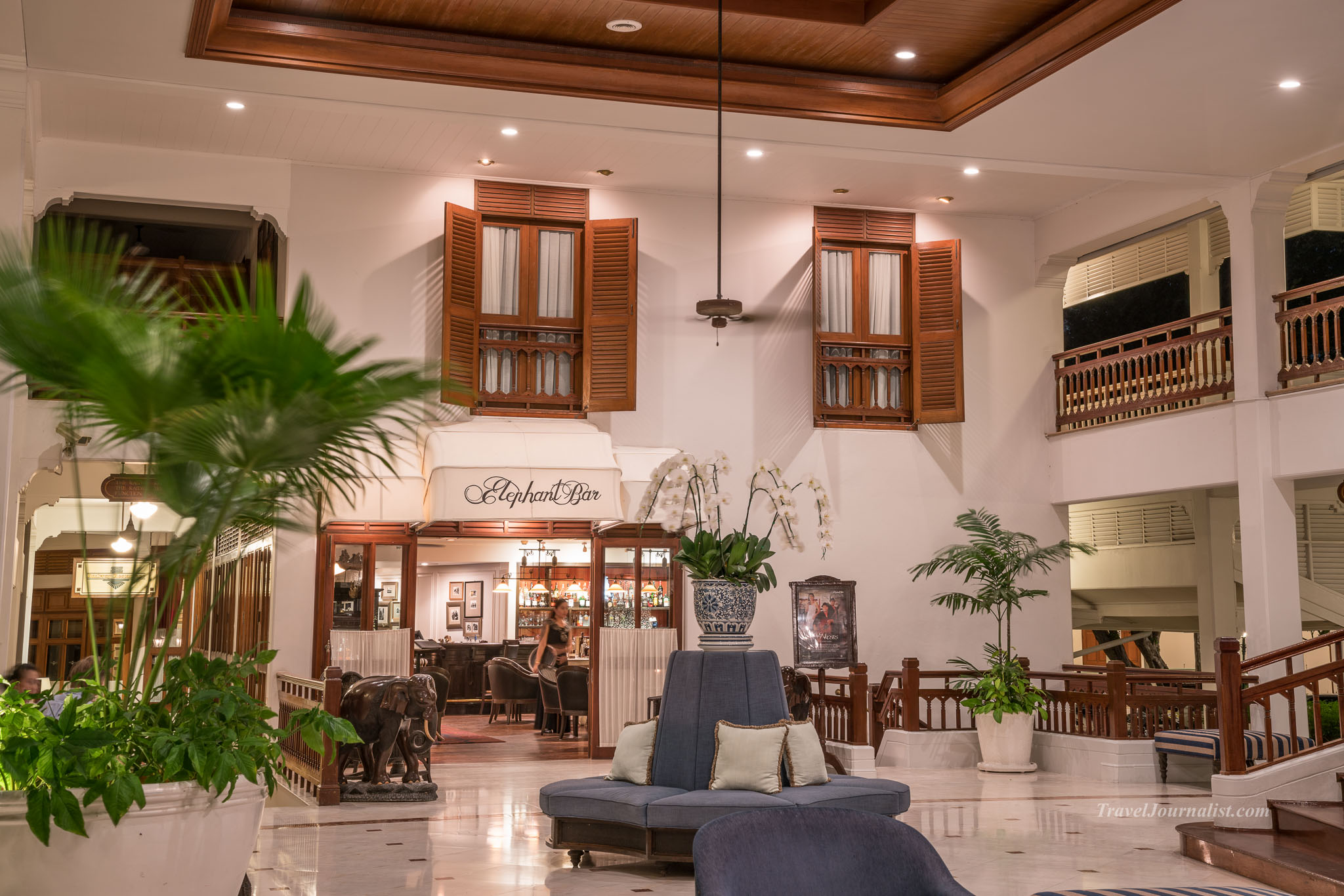 panoramic view of the bay and the hotel 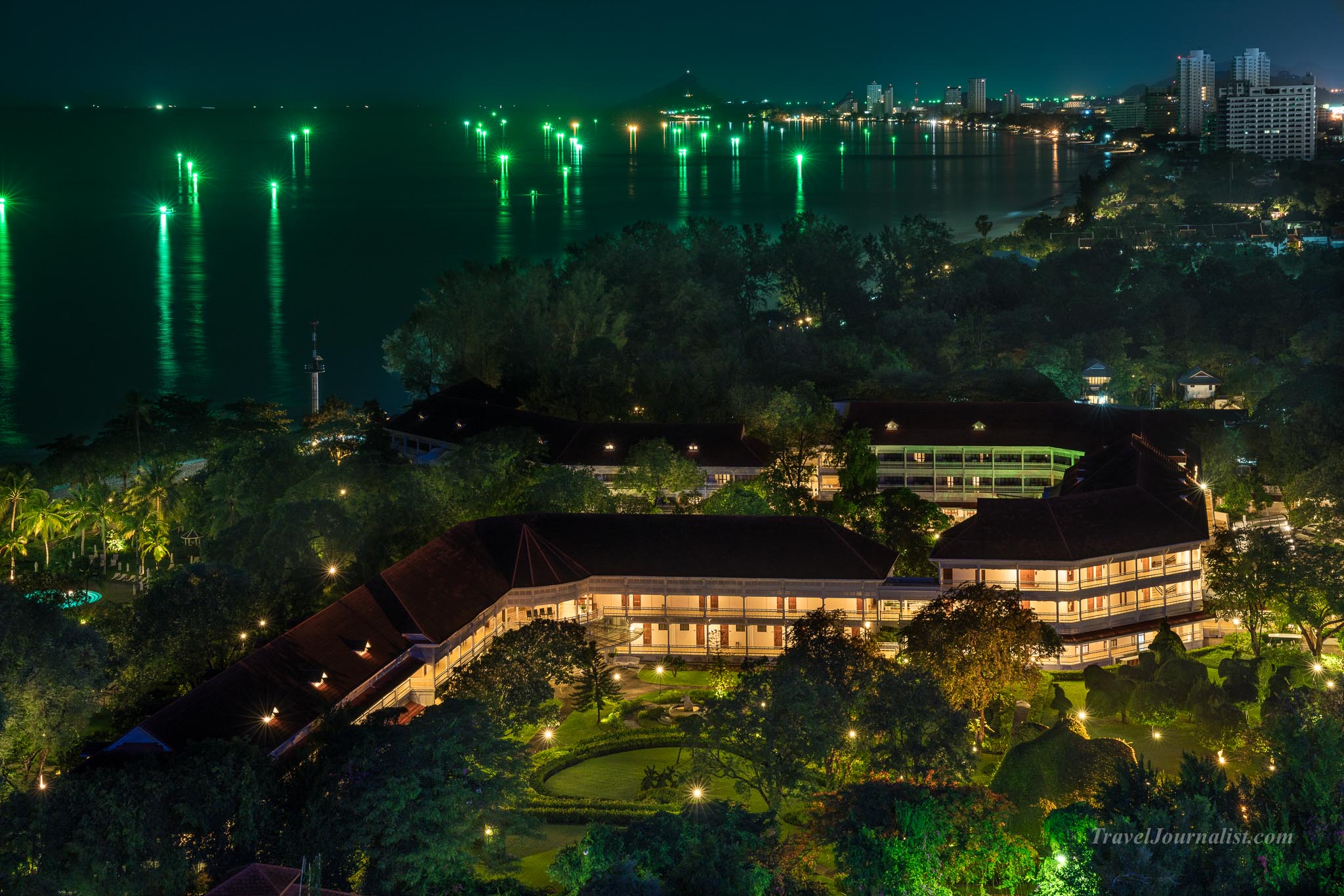 view of the lobby from the library 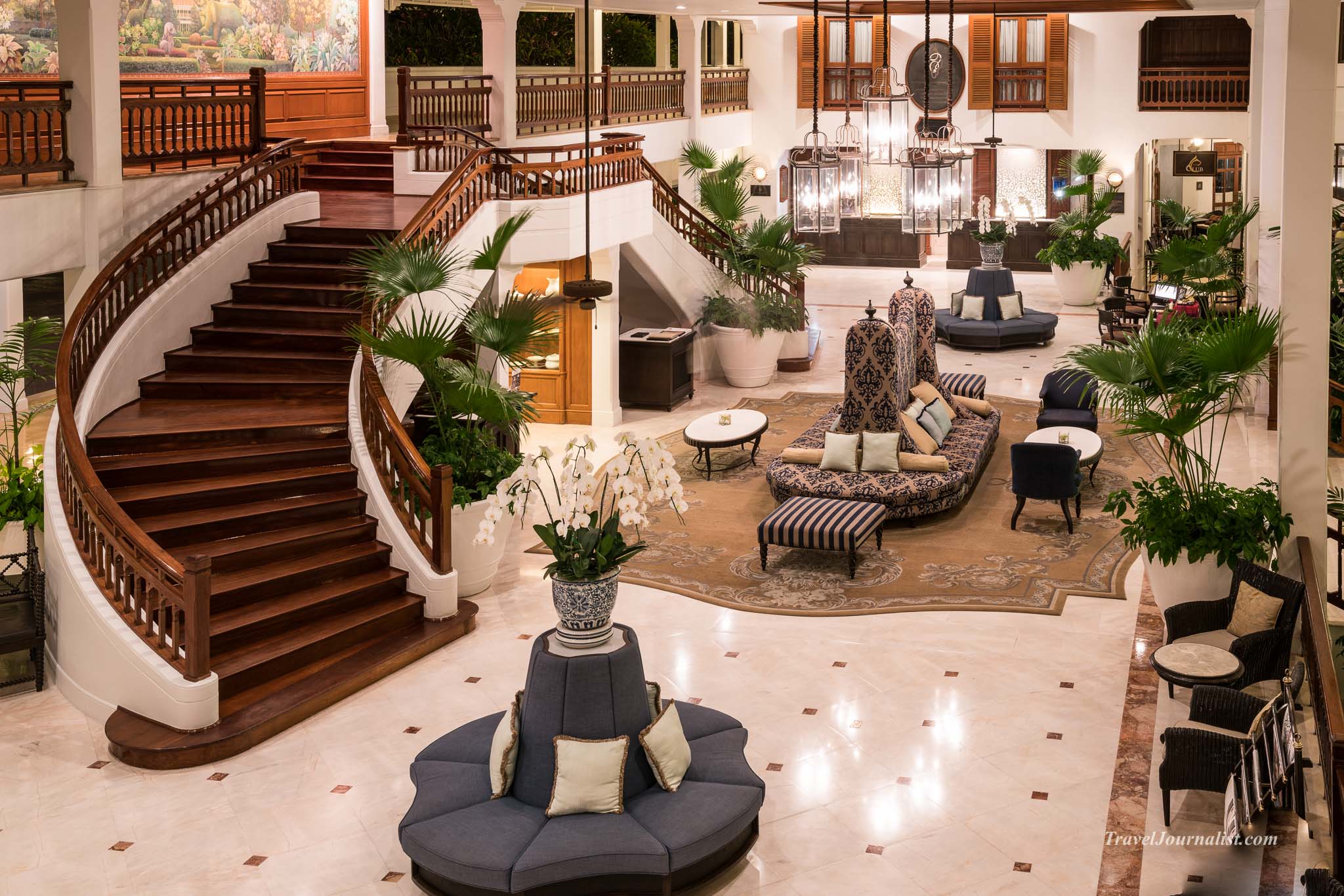 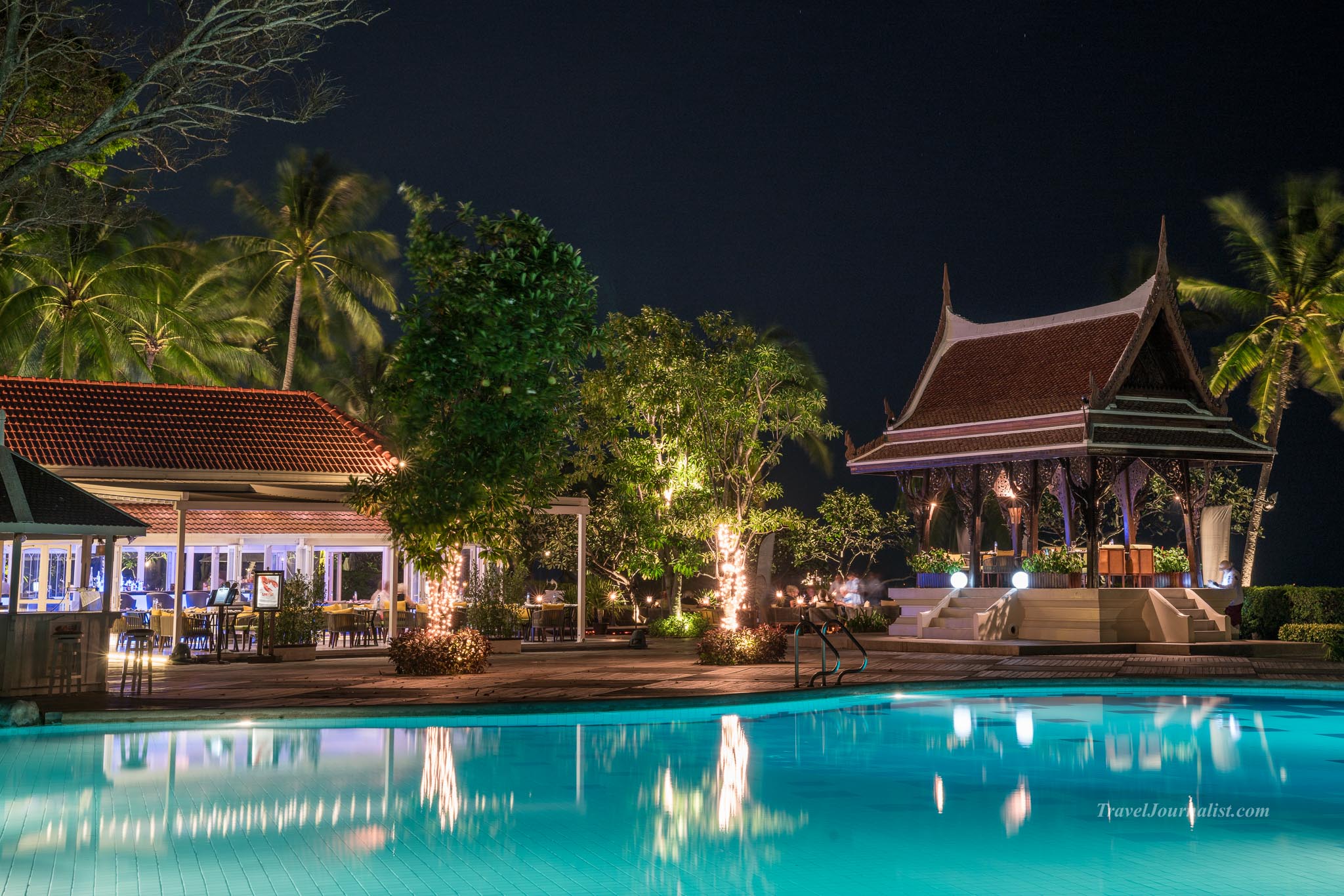 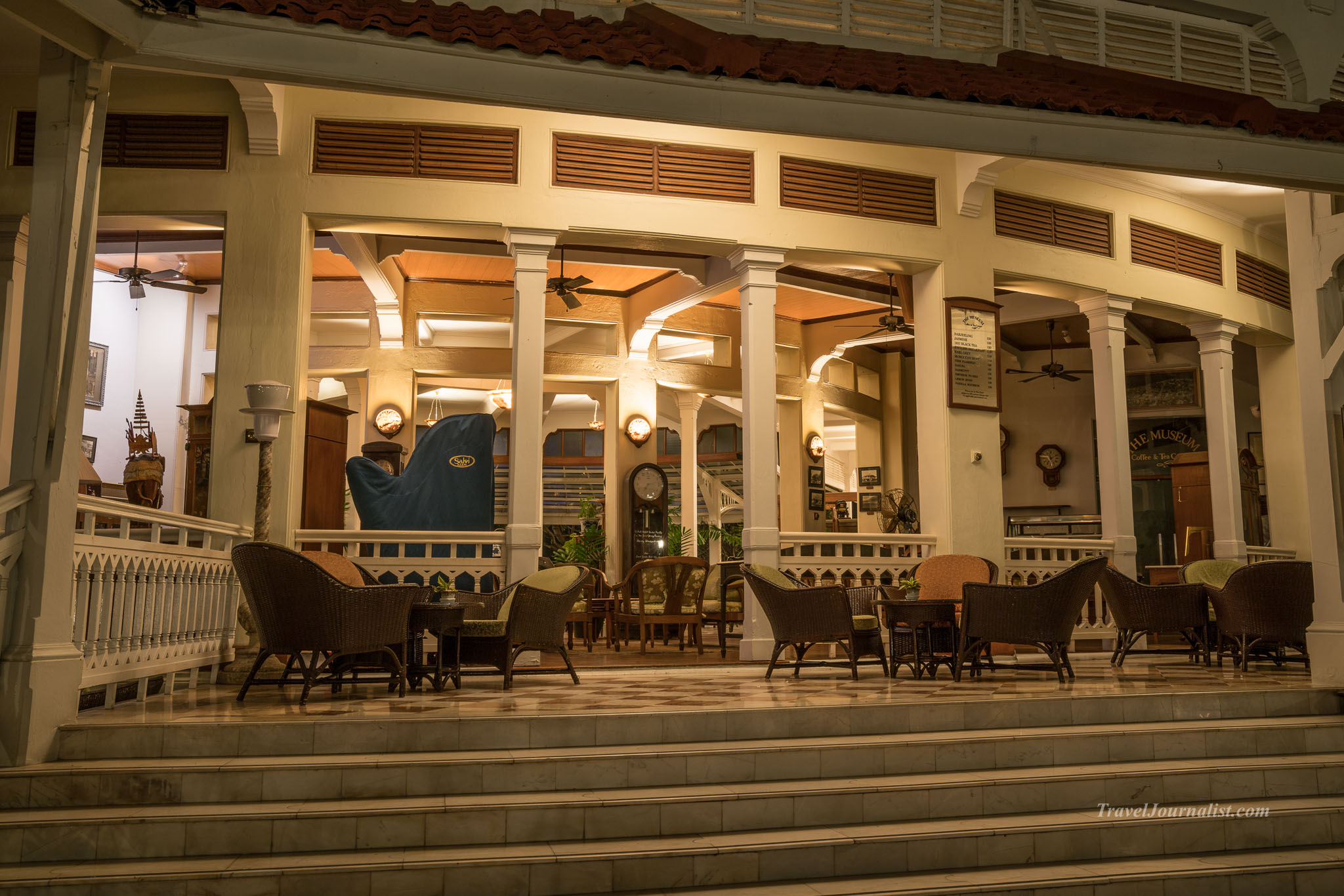