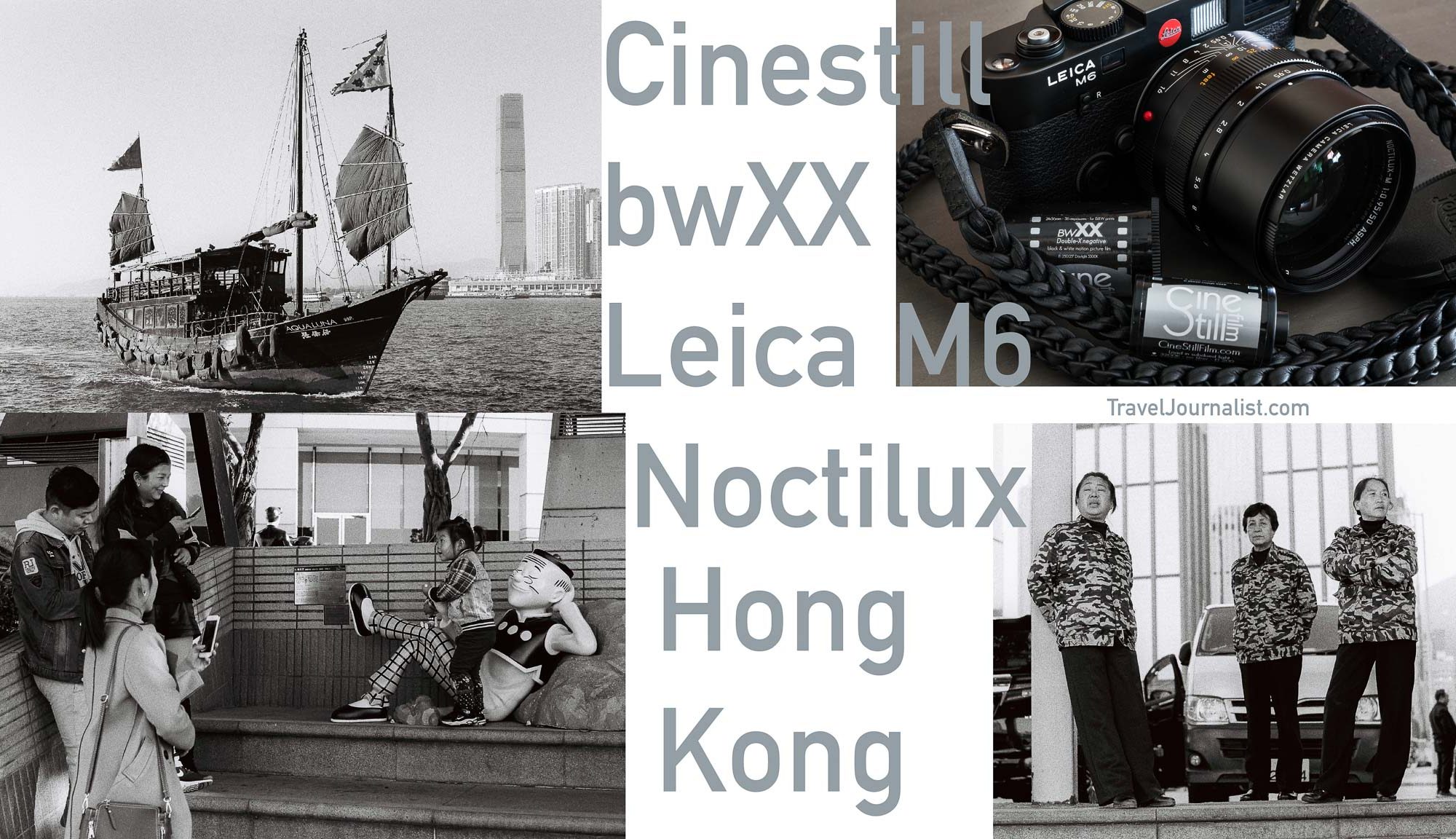 For some pictures, I lightly edited the shadows and highlights. That’s what they did back in the days by dodging and burning, it doesn’t change the character of the film.

for some reasons that picture reminds me Apocalypse Now, even if this movie was shot on Eastman Color Negative II 100T 5247/7247 Film, different from Eastman Double-X 5222/7222 Neg 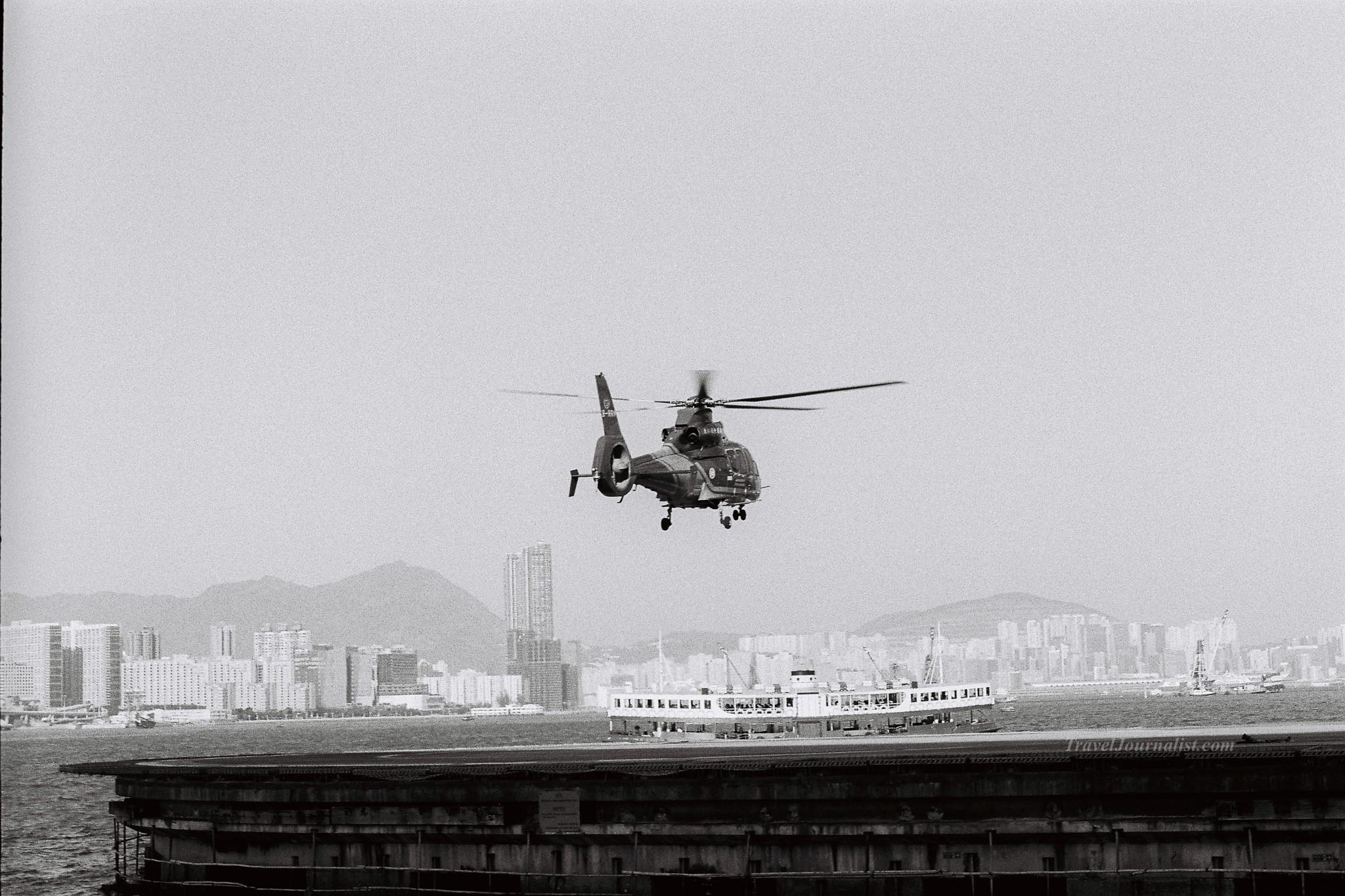 the propellers of this helicopter was so powerful and created so much wind I almost lost my hat! but I was worth it

there are many statues inspired by comic books, they sometimes fit perfectly in the frame! 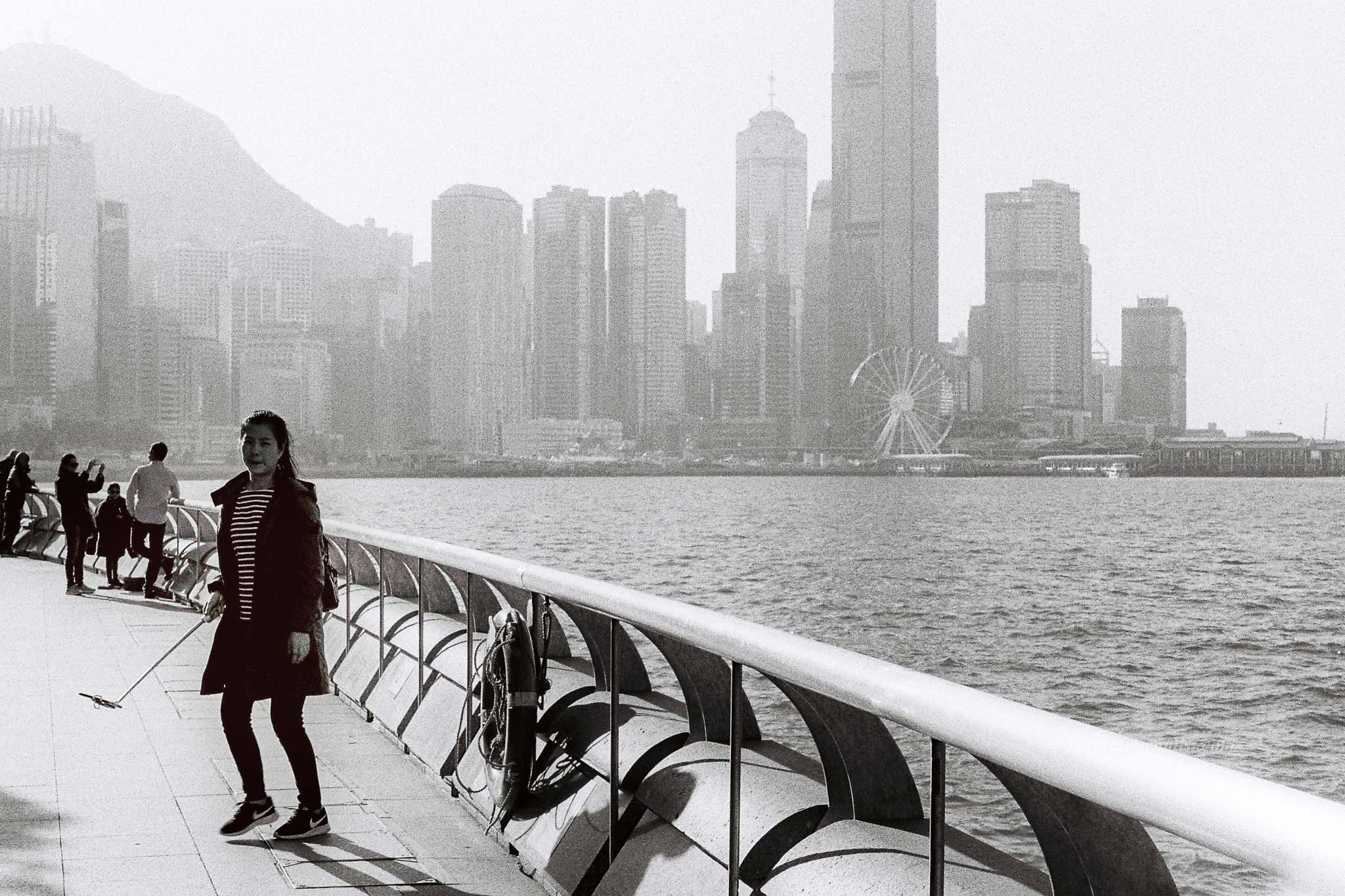 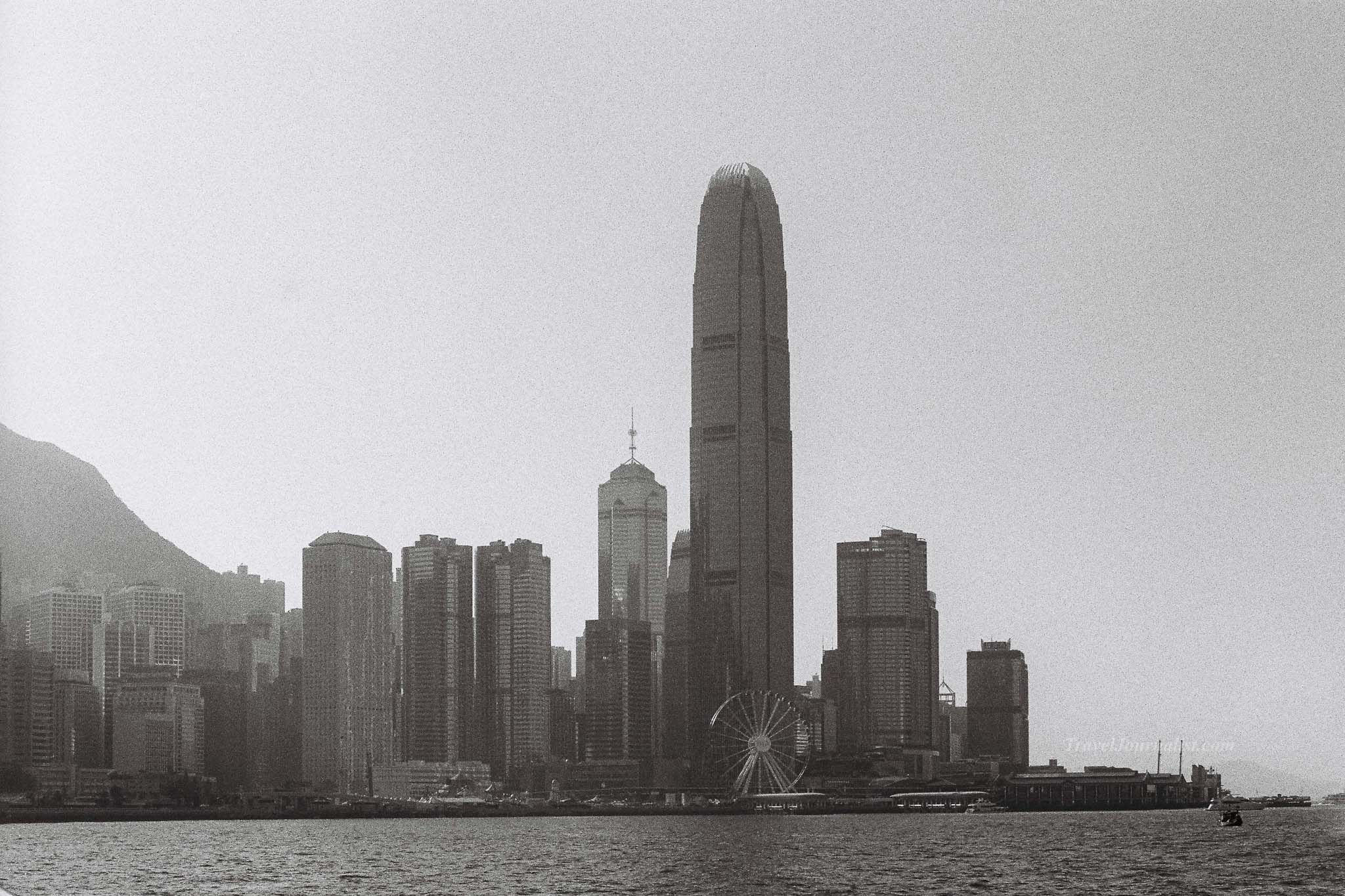 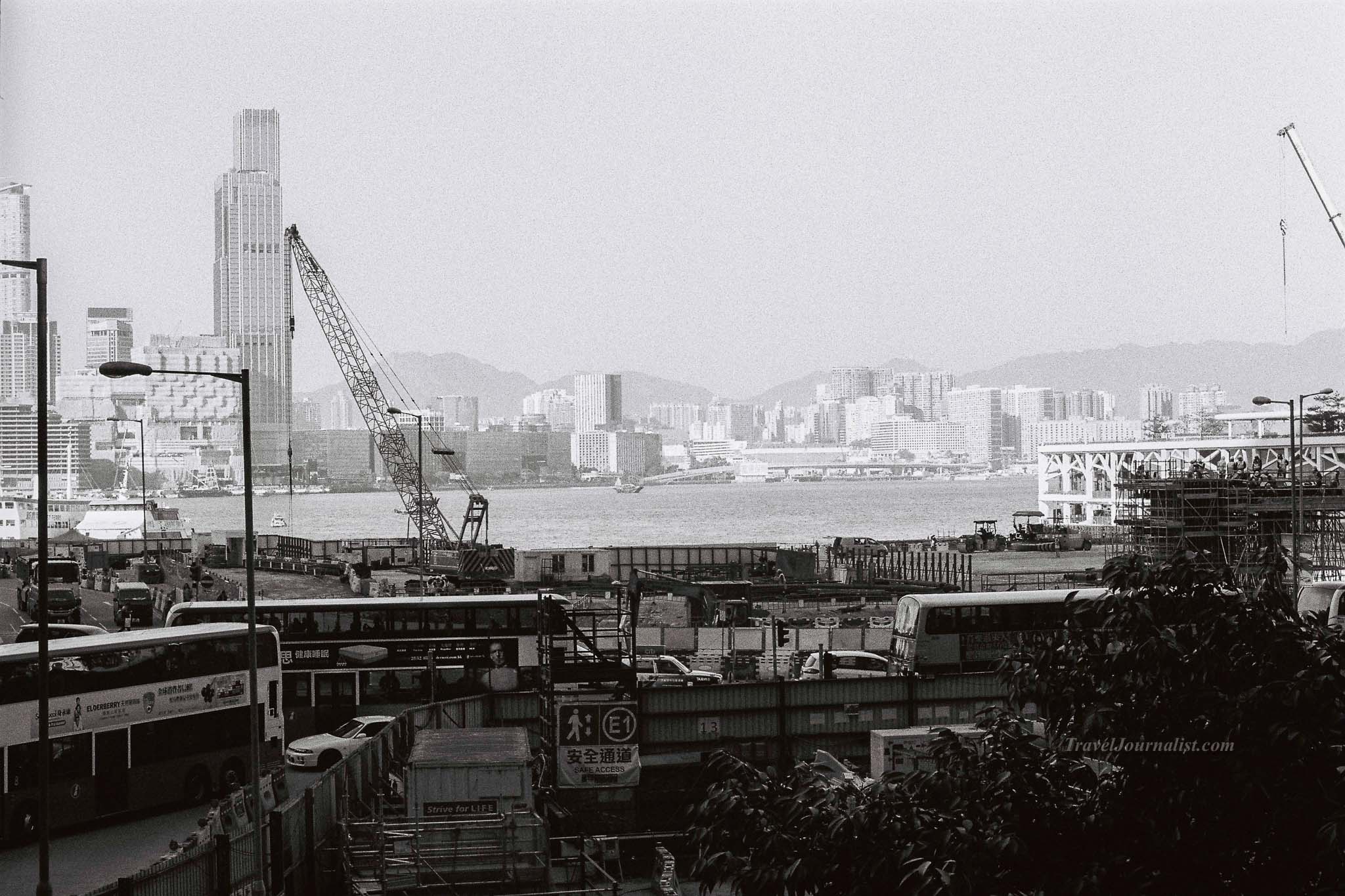 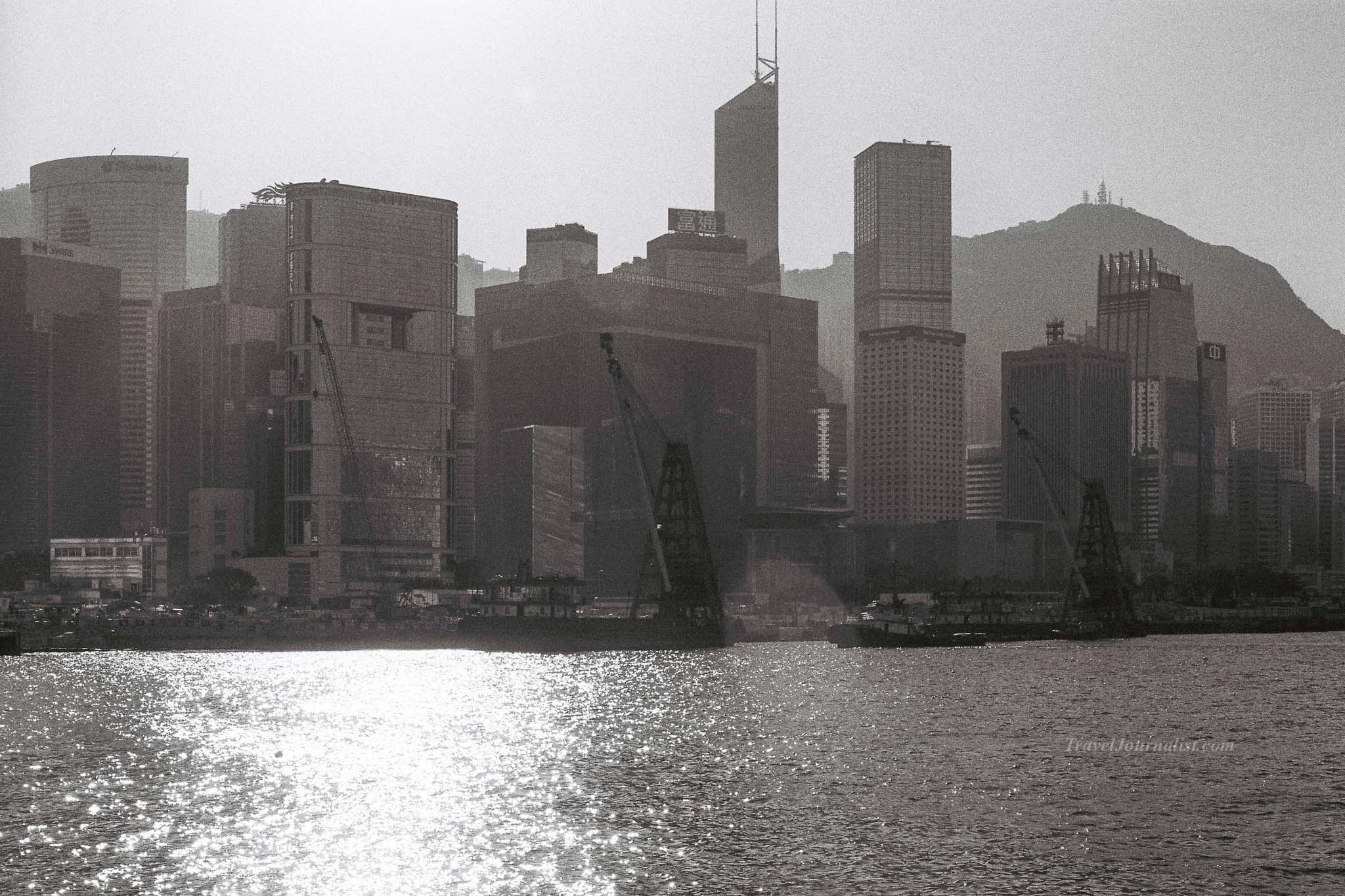 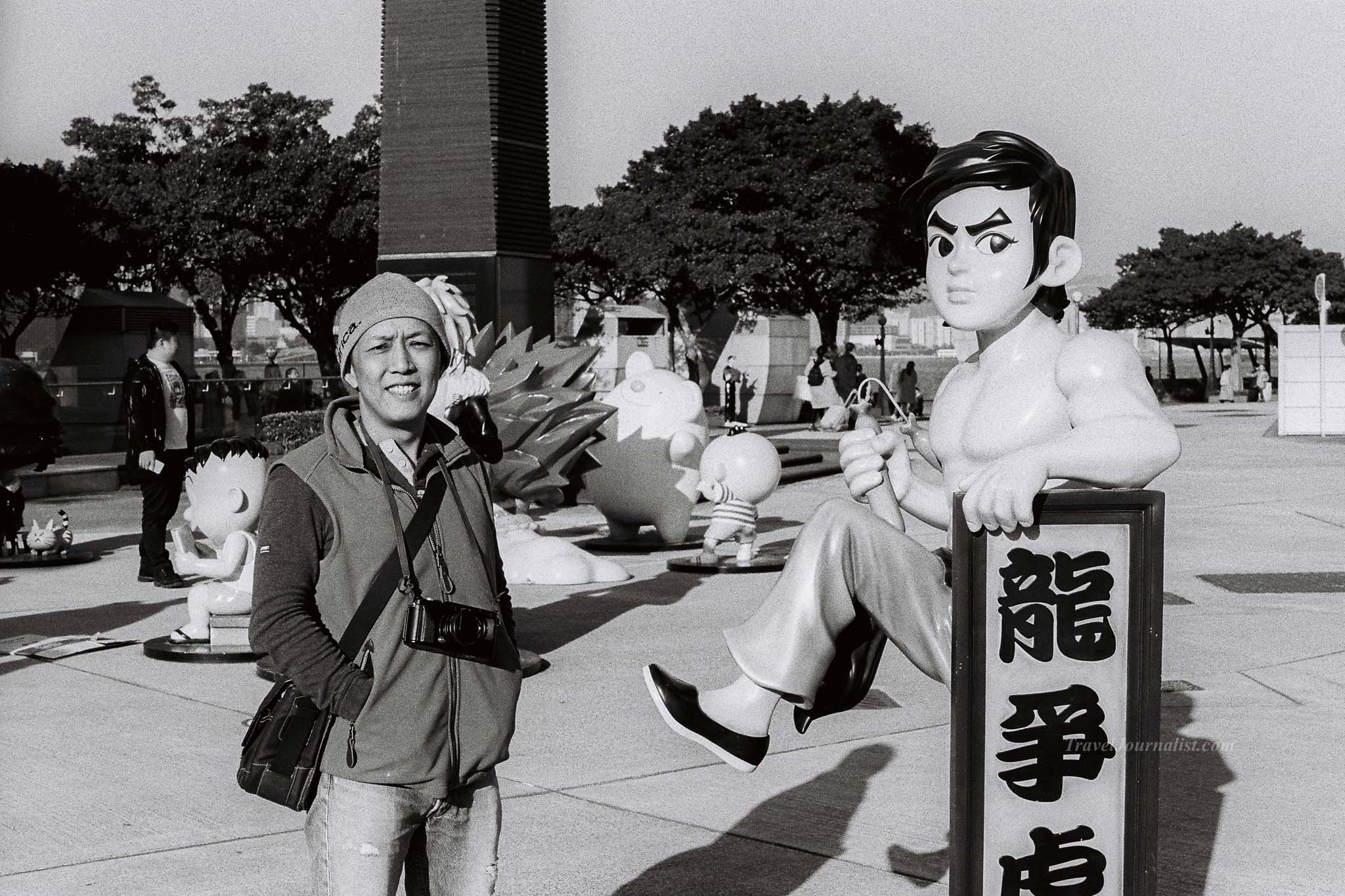 Victor with his X-Pan TX2 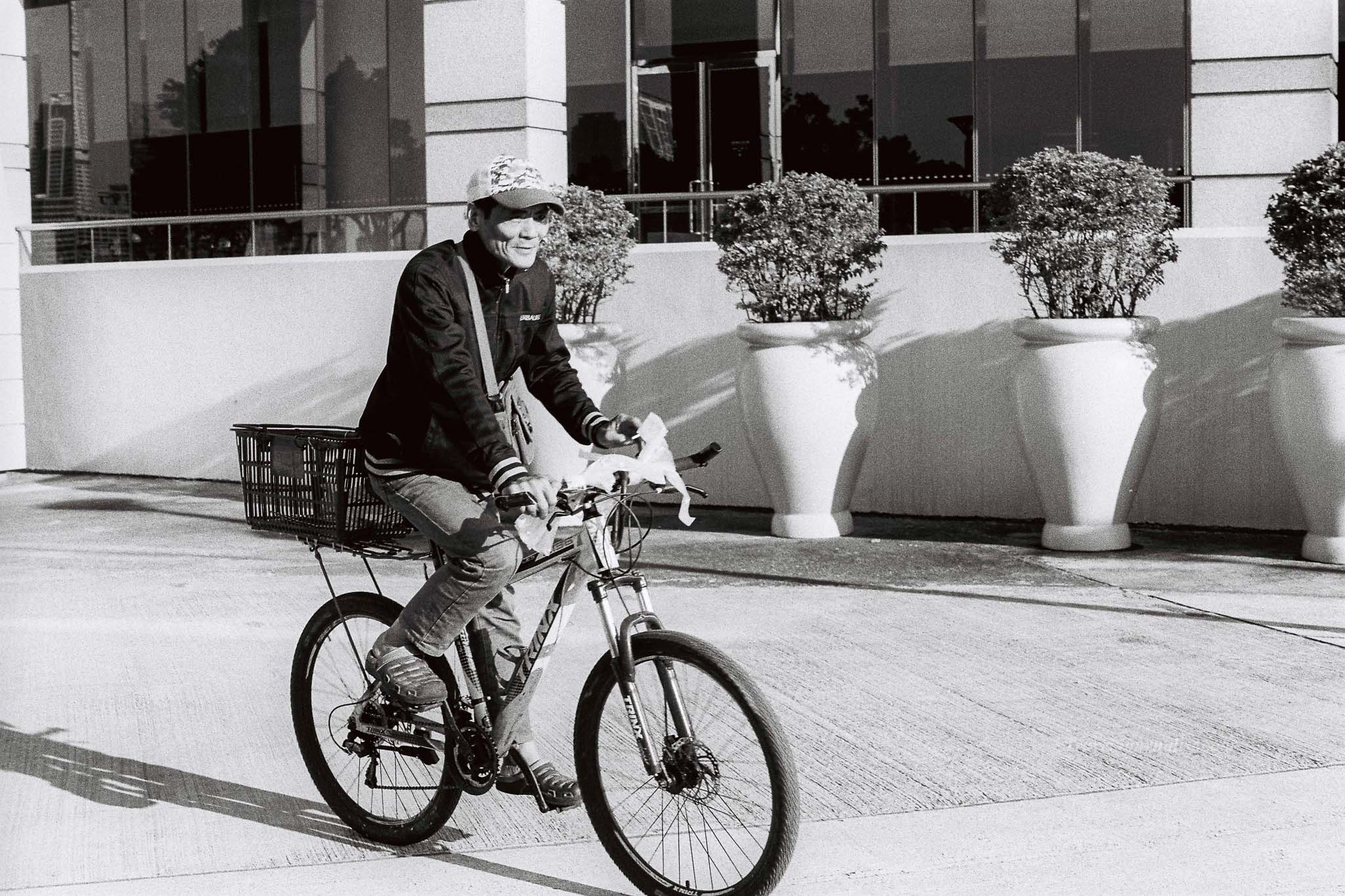 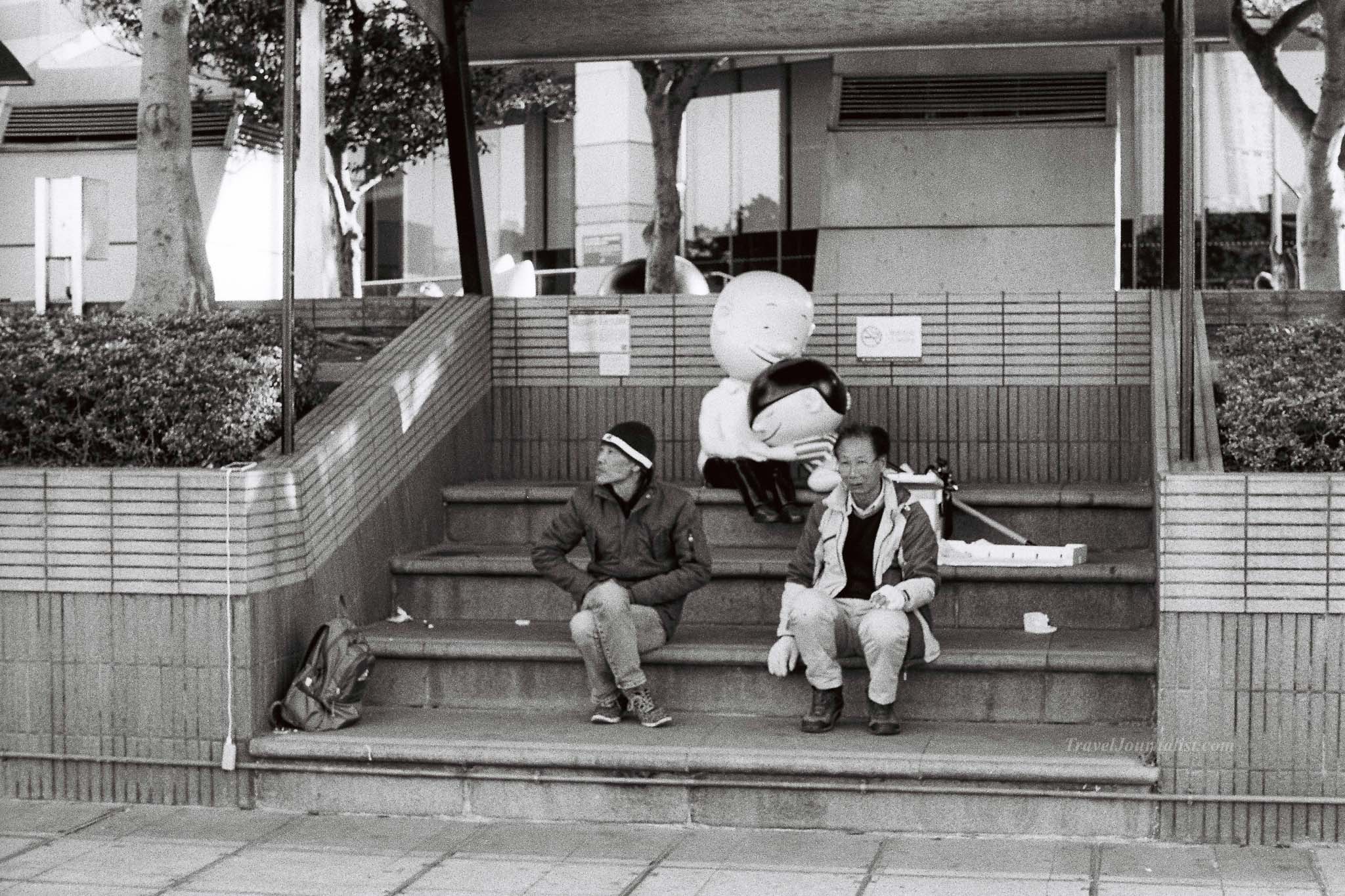 however this one is out of focus ; I had to be fast if I didn’t want to be spotted

Aqua Luna, one of the last remaining red-sail Chinese junk boats, is cruising on the harbour 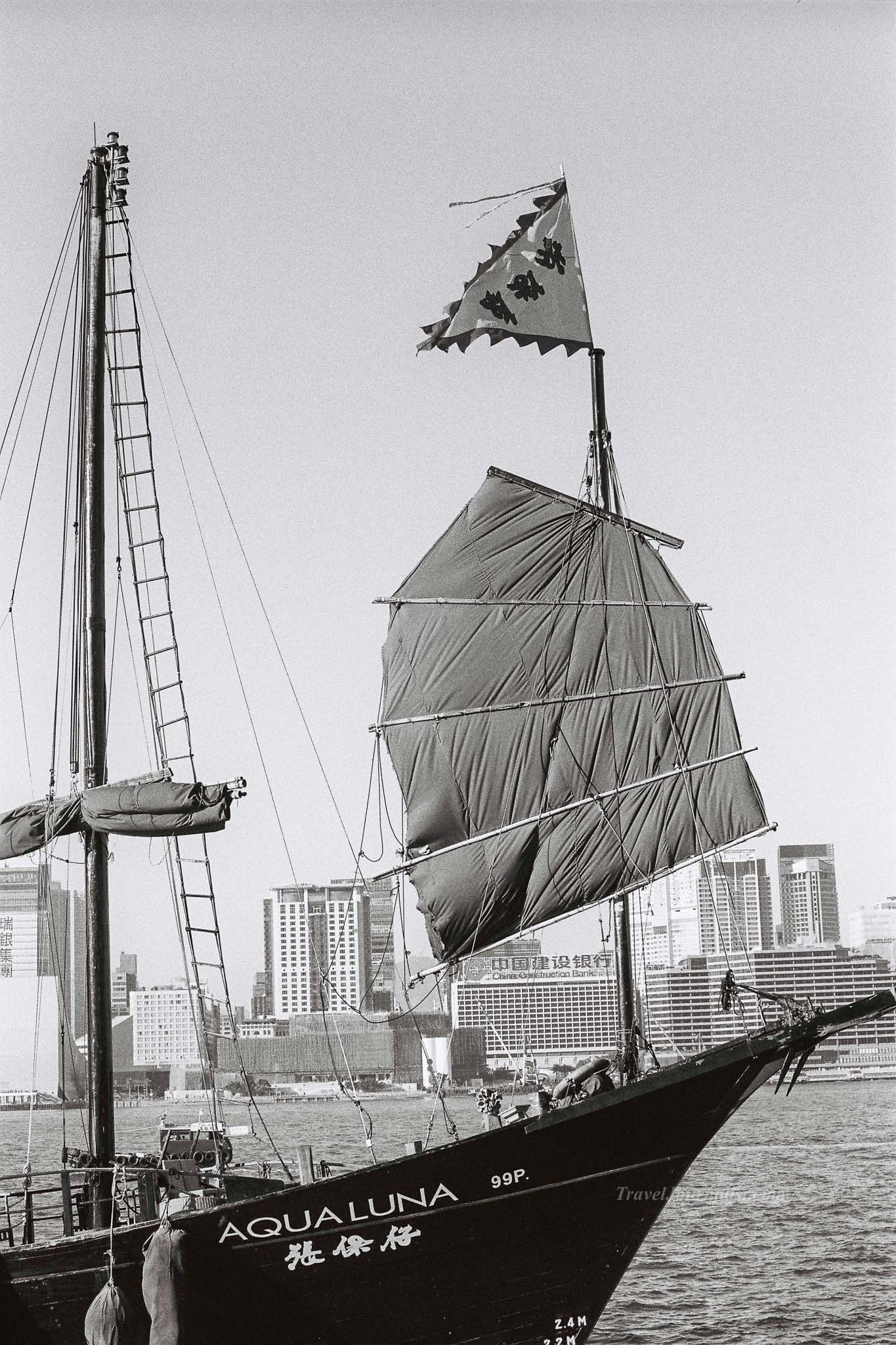 I like this location because you don’t have only tourists, but as well local fishing

these students were on a vacation in HK and asked us to take their picture. 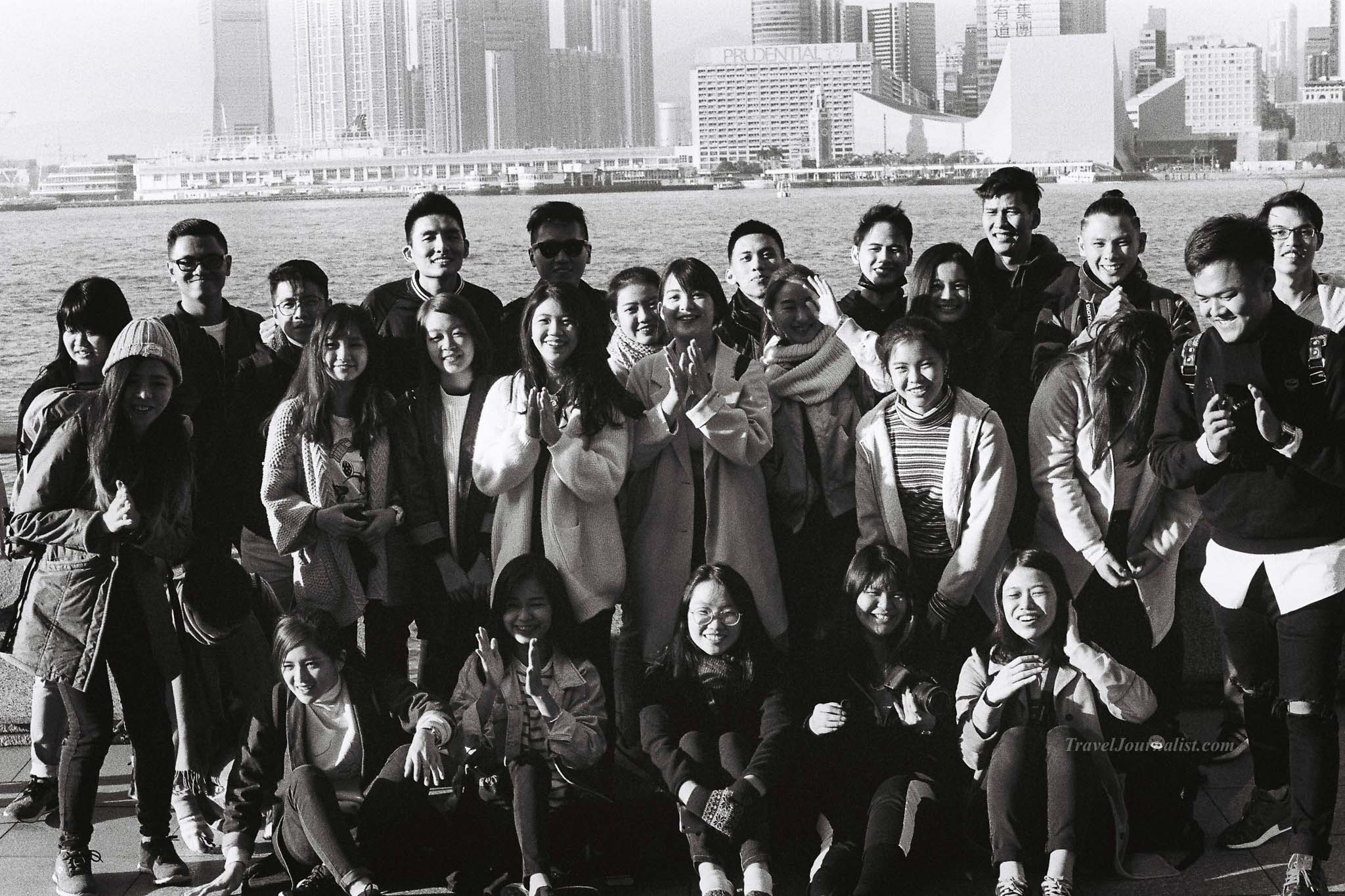 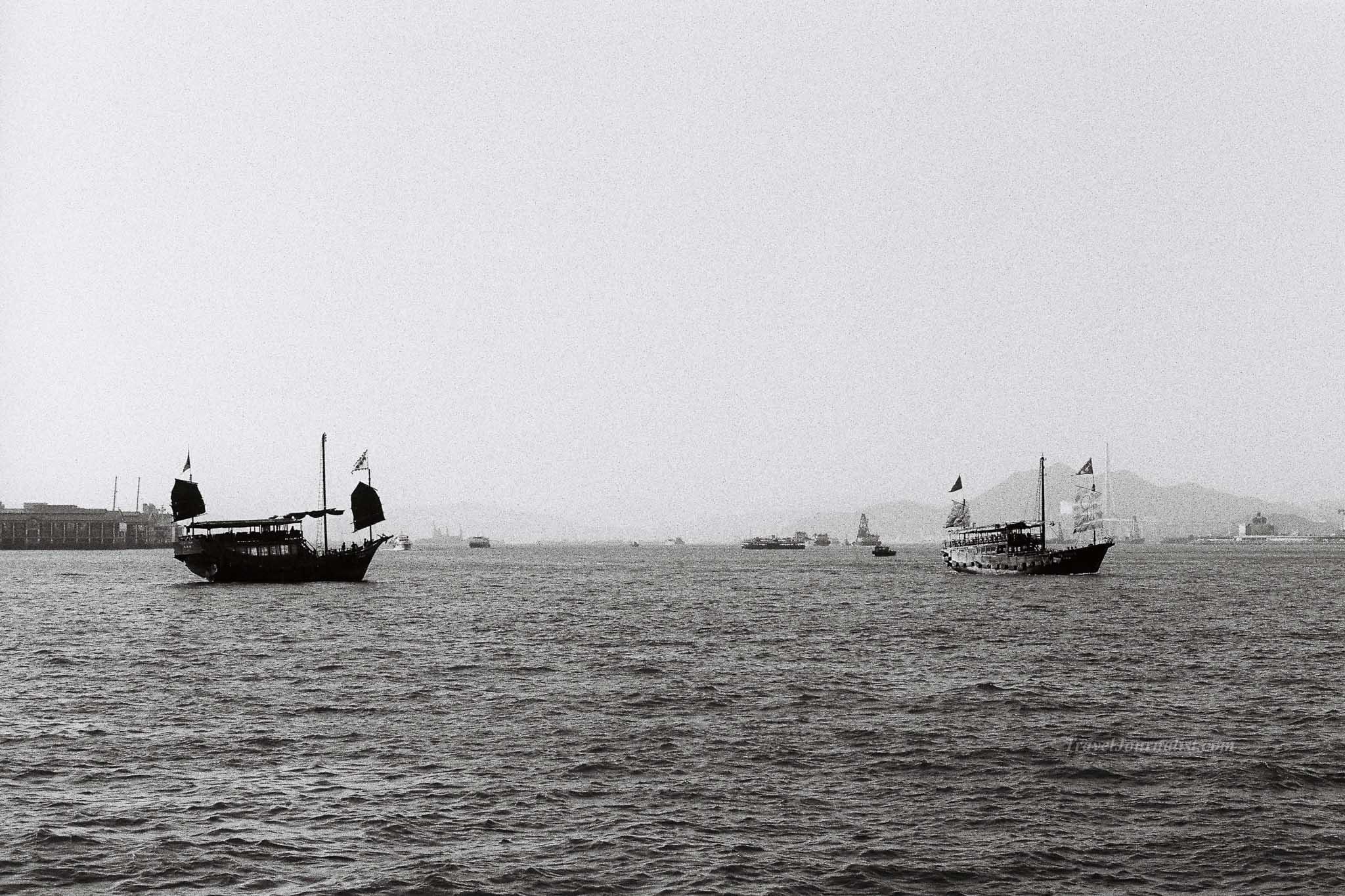 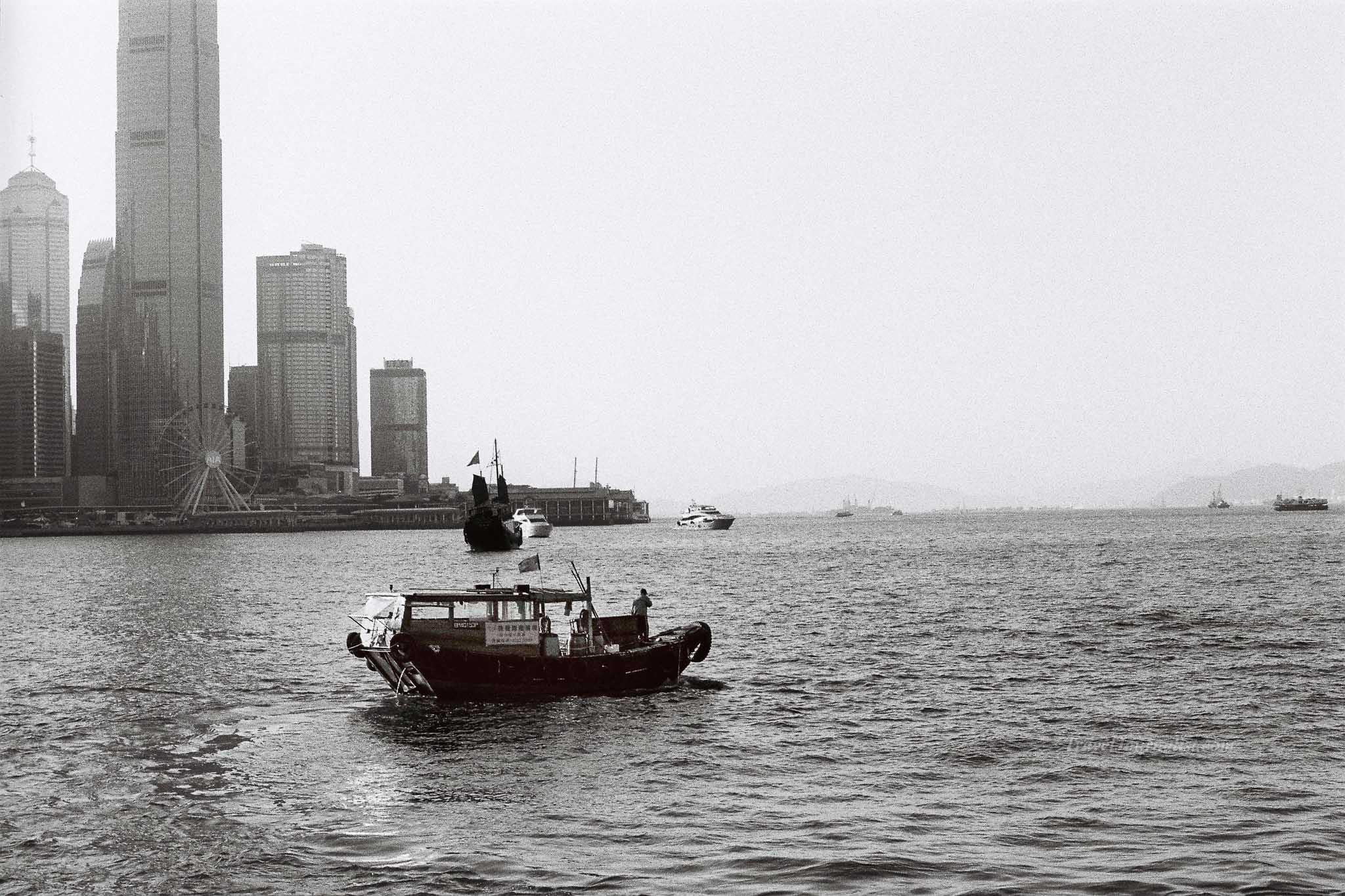 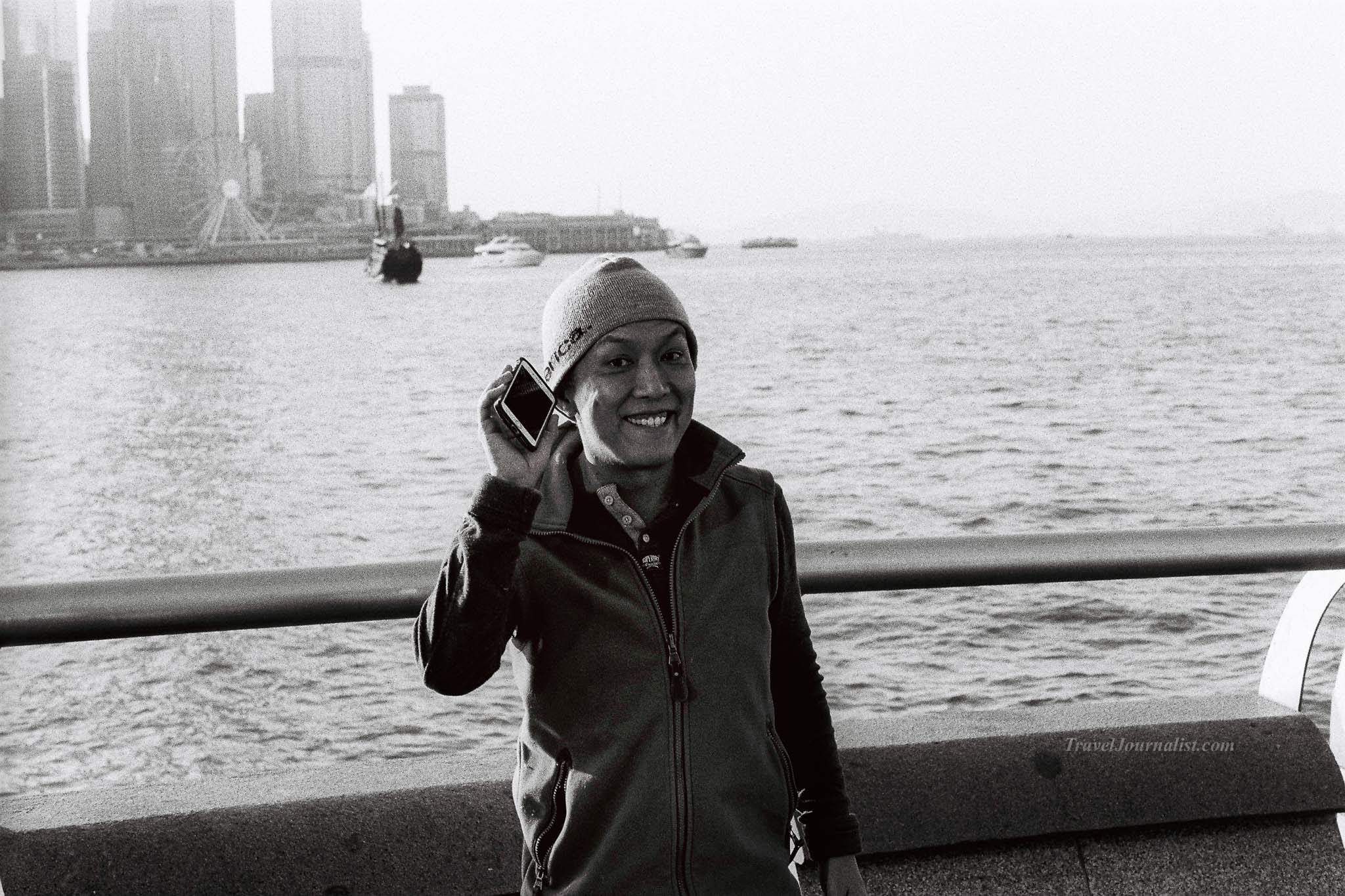 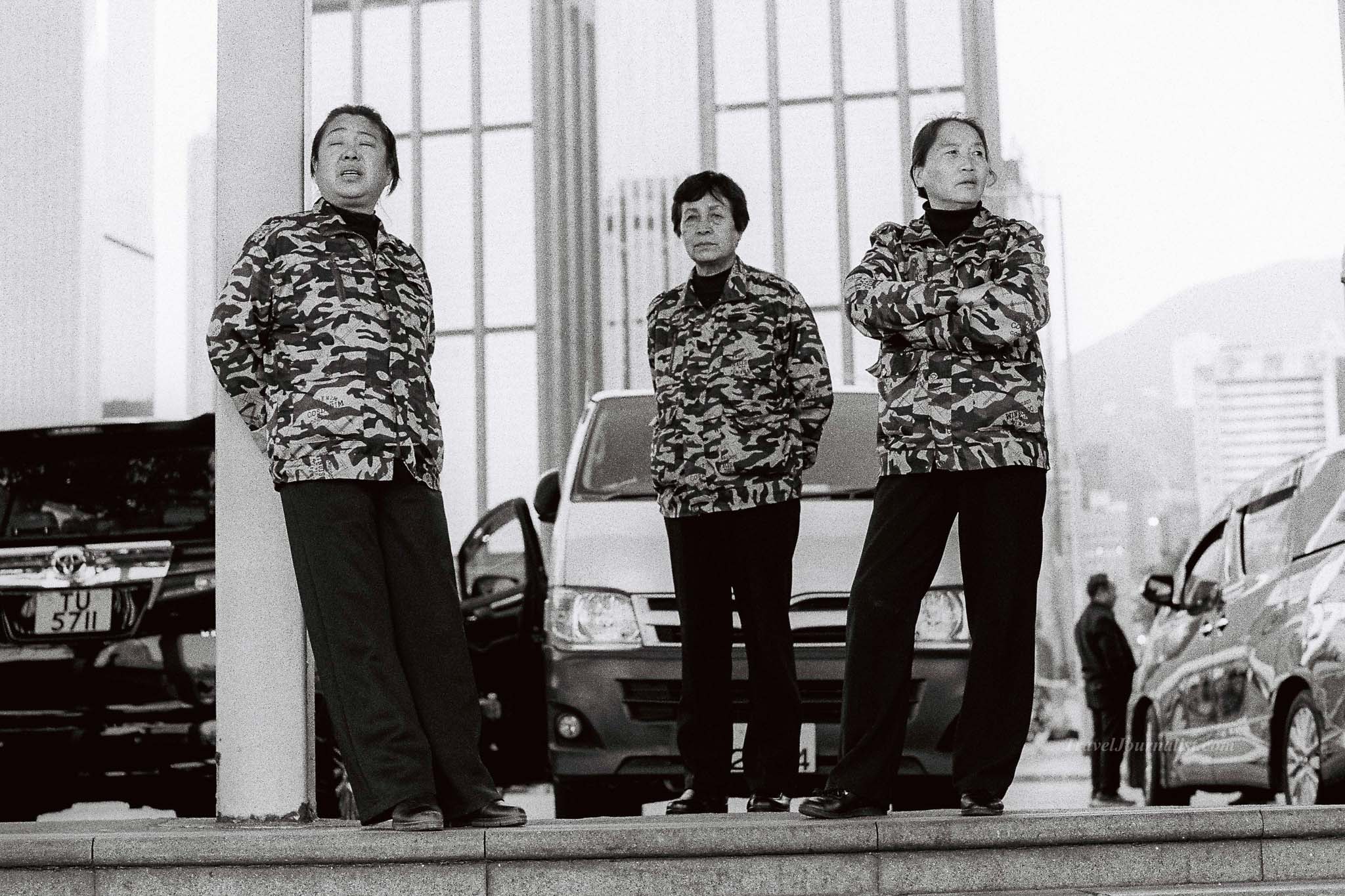 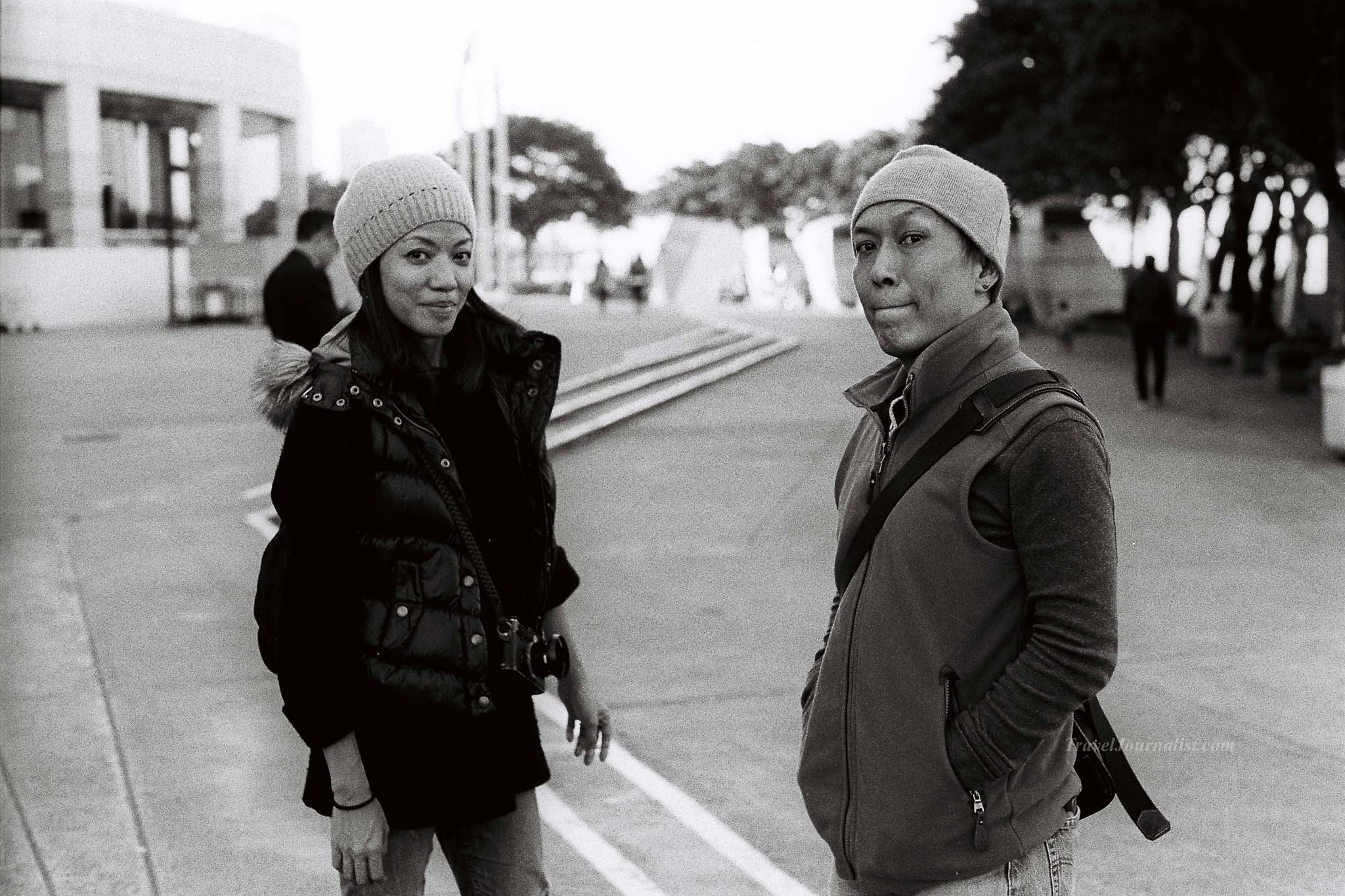 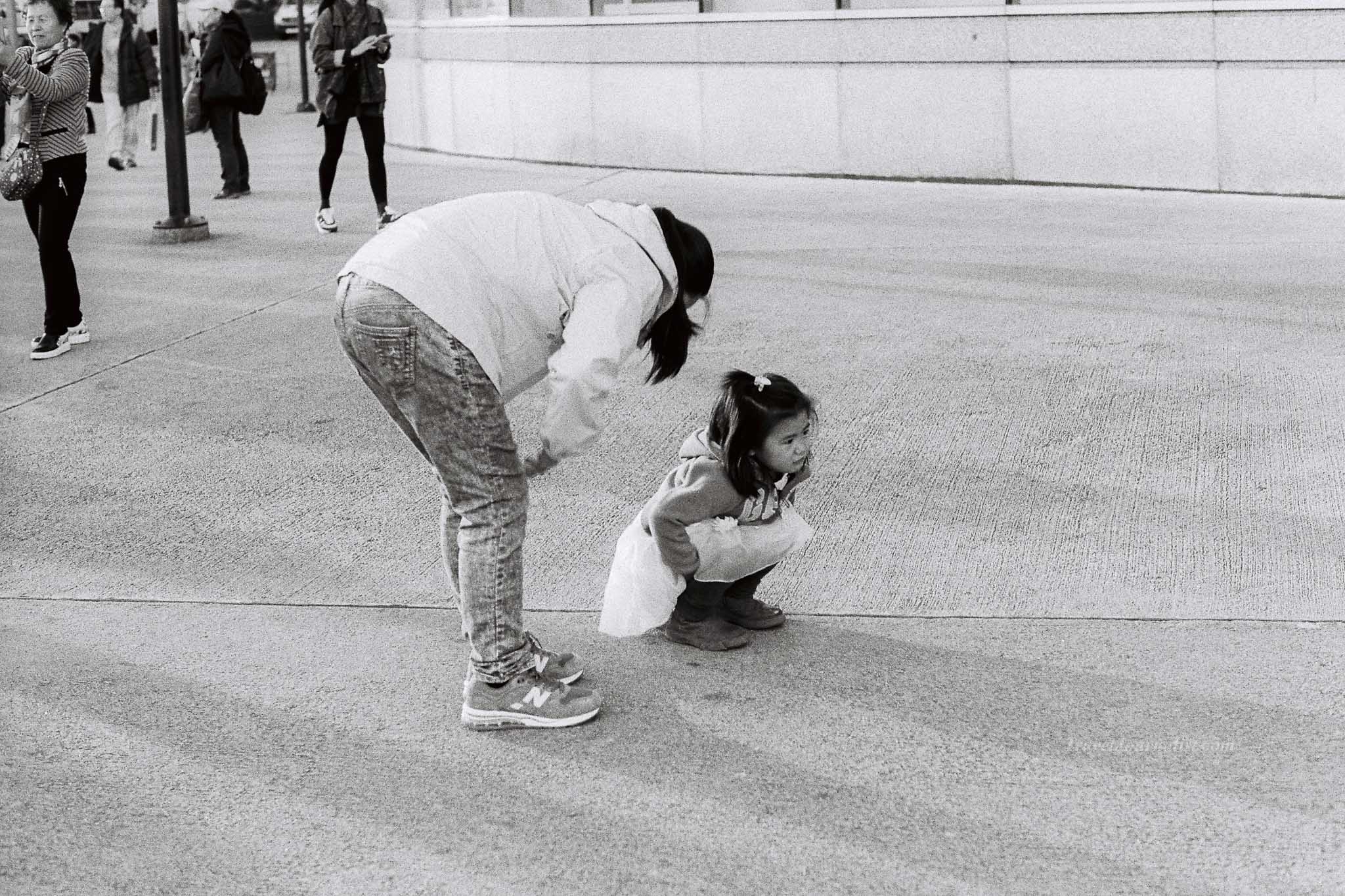 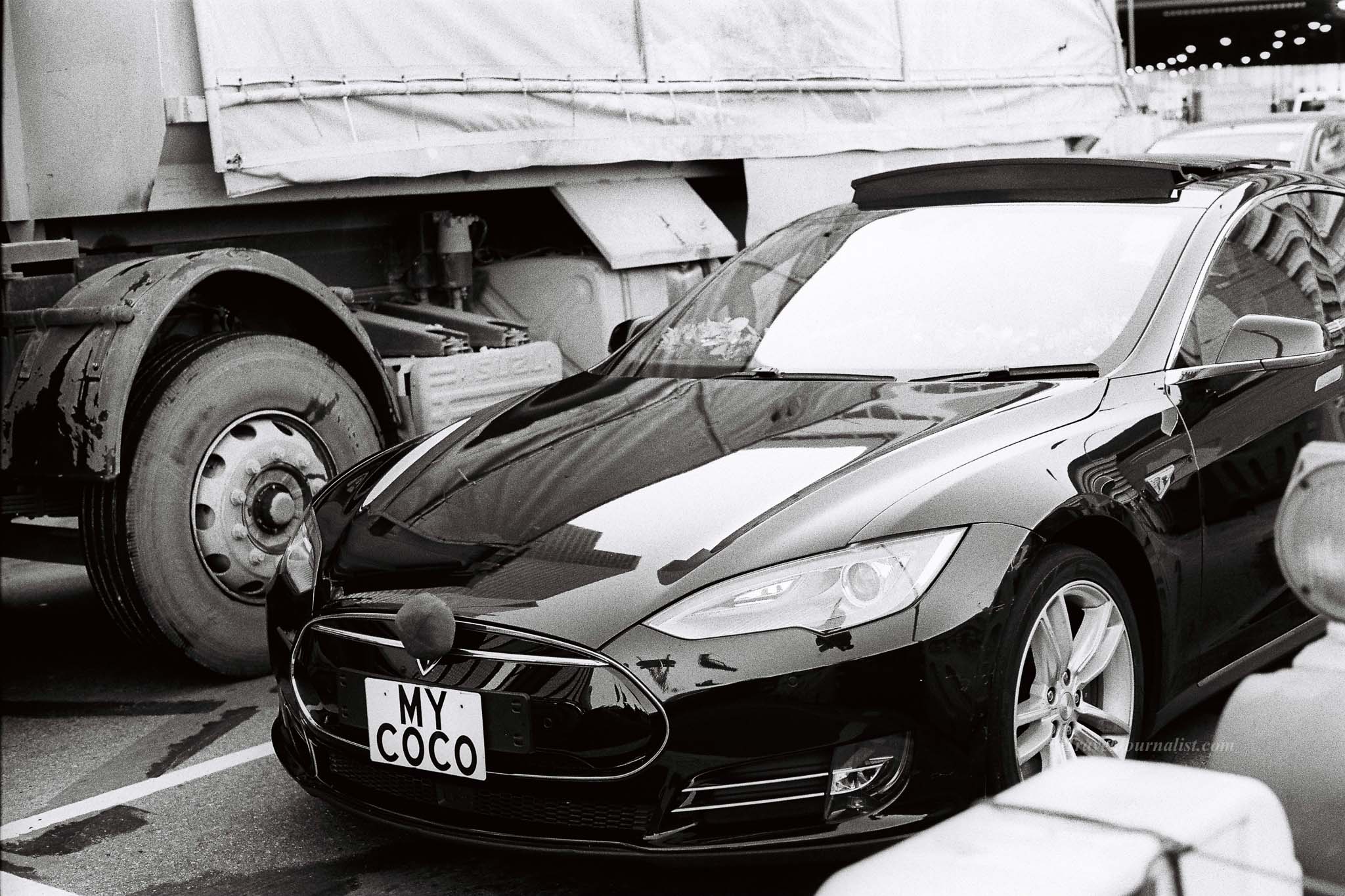 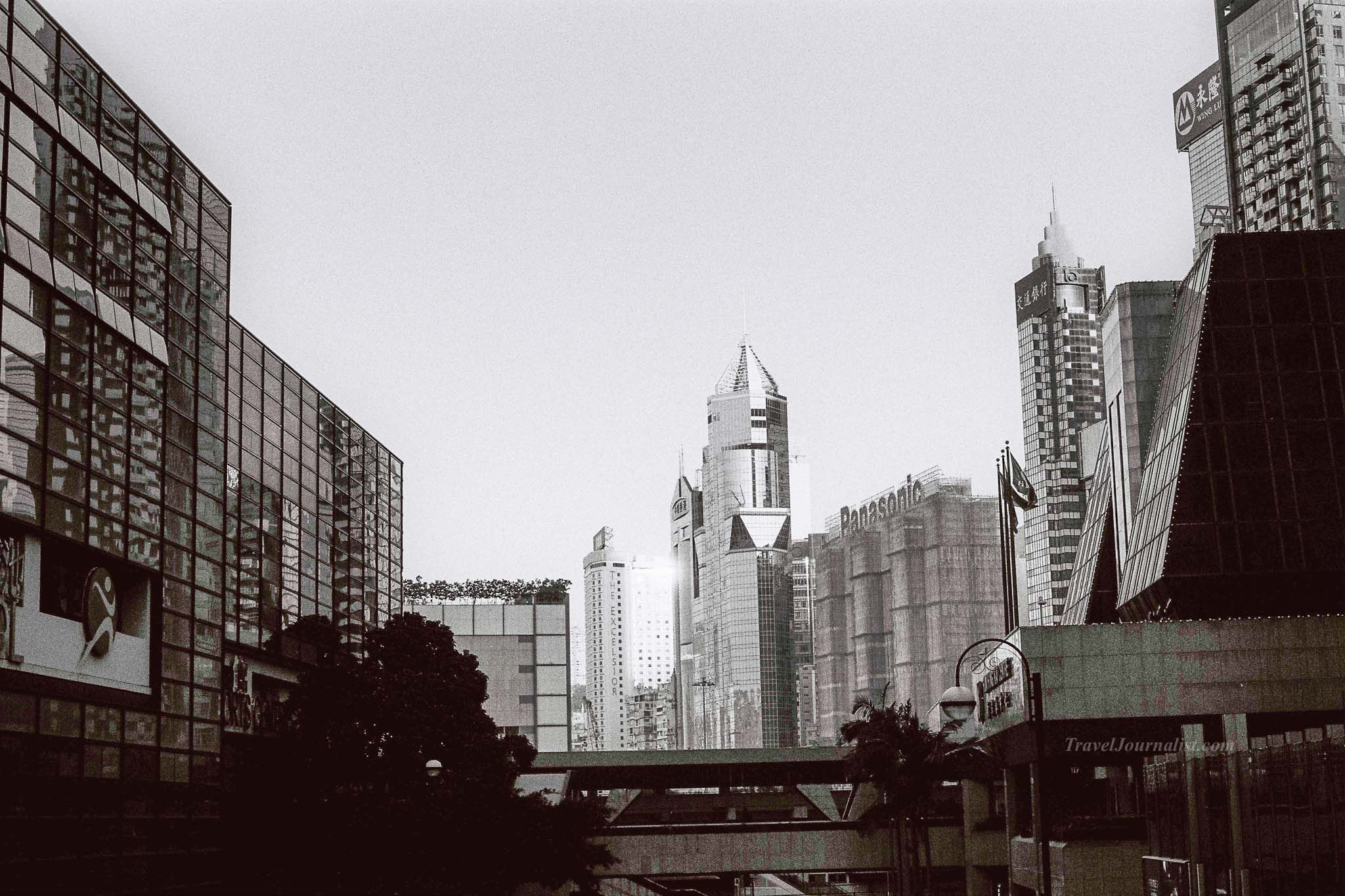 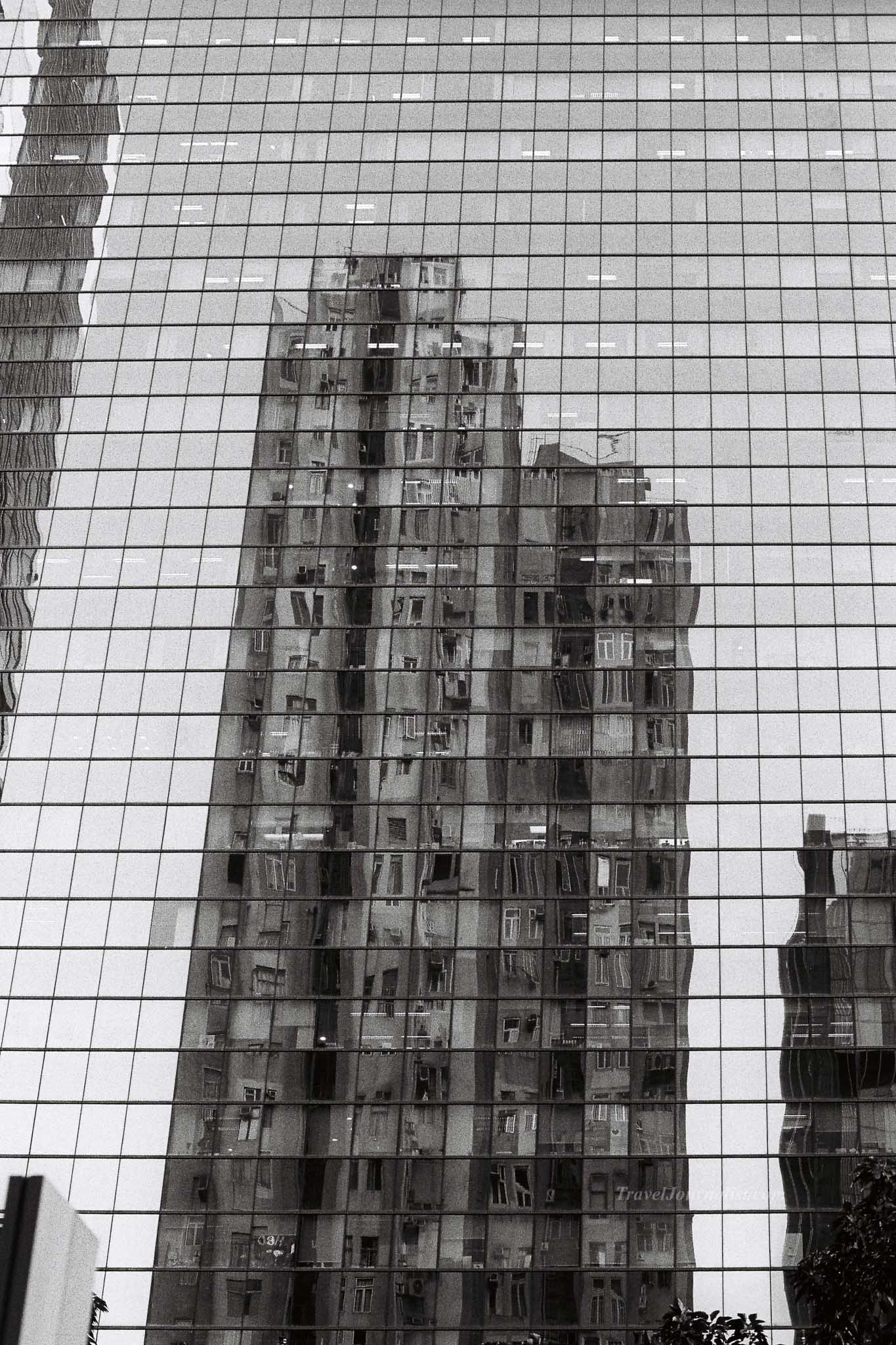 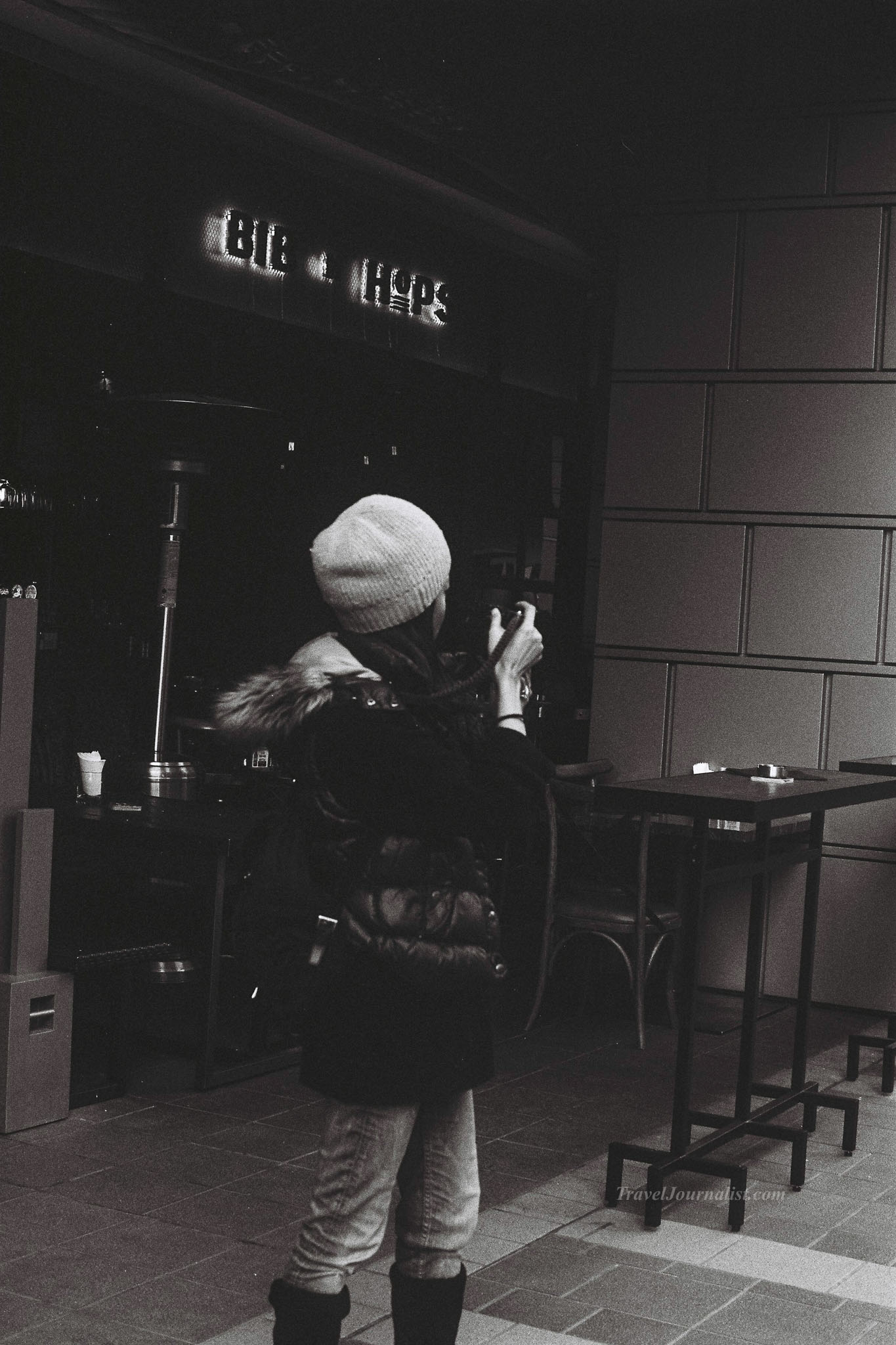 Carmen with the MP and the Summilux 35mm 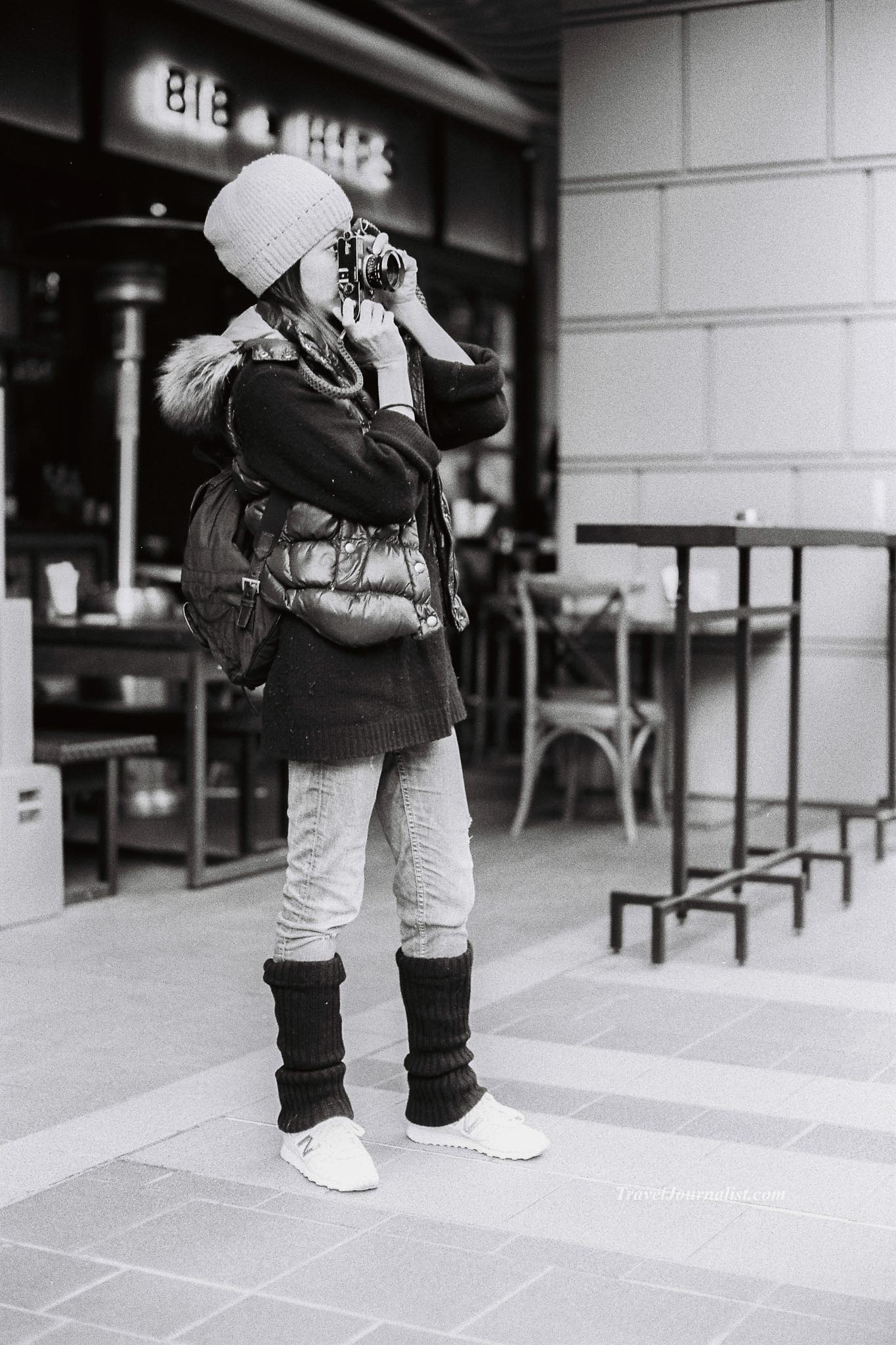 Music Credit in the video : Mijonju link to his soundcloud