Wat Phra That Doi Suthep is a sacred and revered temple, 15 km from Chiang Mai, Thailand.
The altitude of 1600 meters above sea level offers beautiful views of the city.
During the Sukhothai Kingdom, the monk Sumanathera found a relic of the Buddha, a shoulder bone, which had magical powers.
In 1368, the monk brought the relic in Lamphun to King Nu Naone of Lan Na. The relic broke in 2 pieces. The small one was enshrined at a temple in Suandok.
The other part was placed on the back of a white elephant. The elephant when on top of a mountain and died here after trumpeted three times. This was interpreted as a good omen and King Nu Naone ordered the construction of Wat Phra Tat at this place. 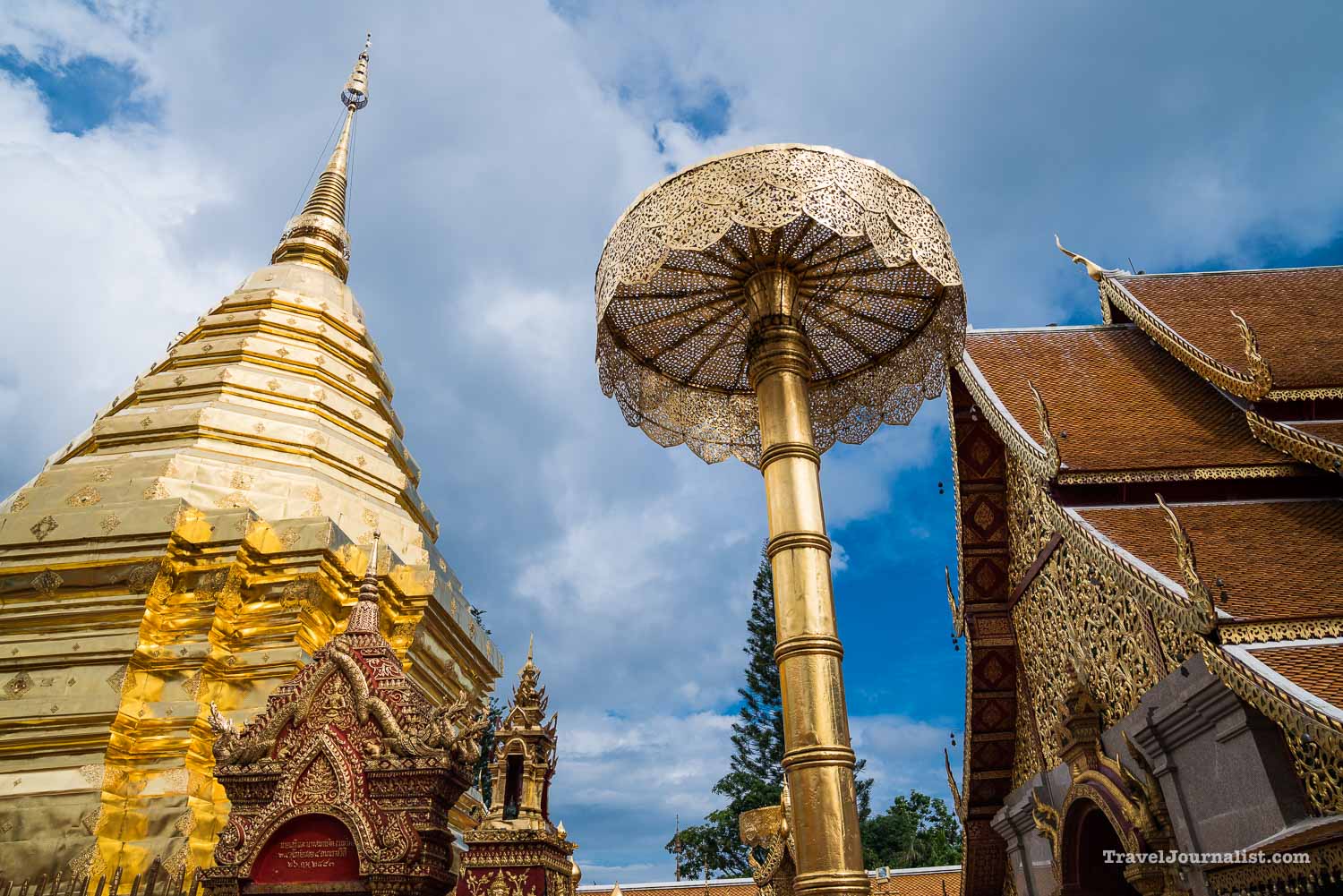 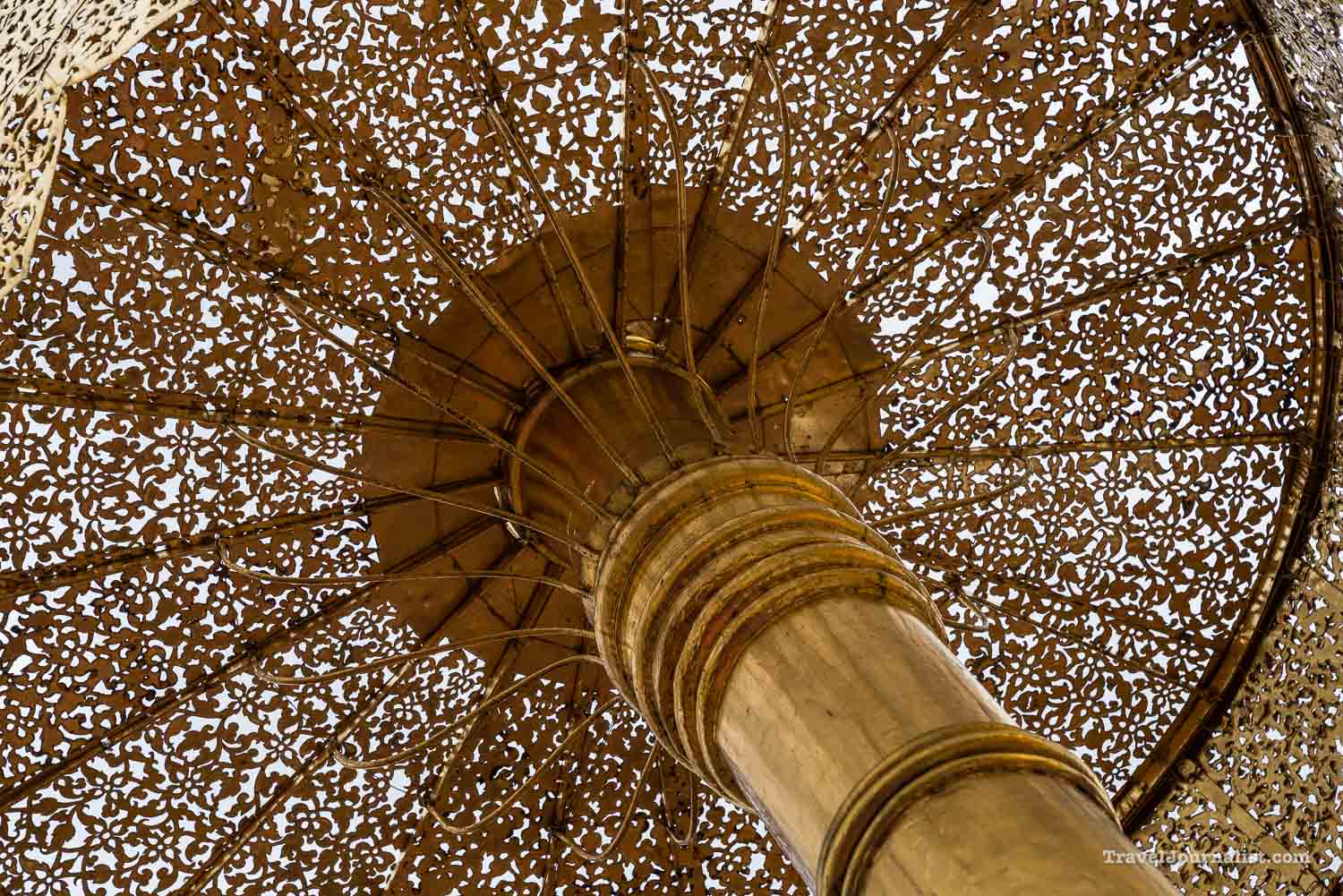