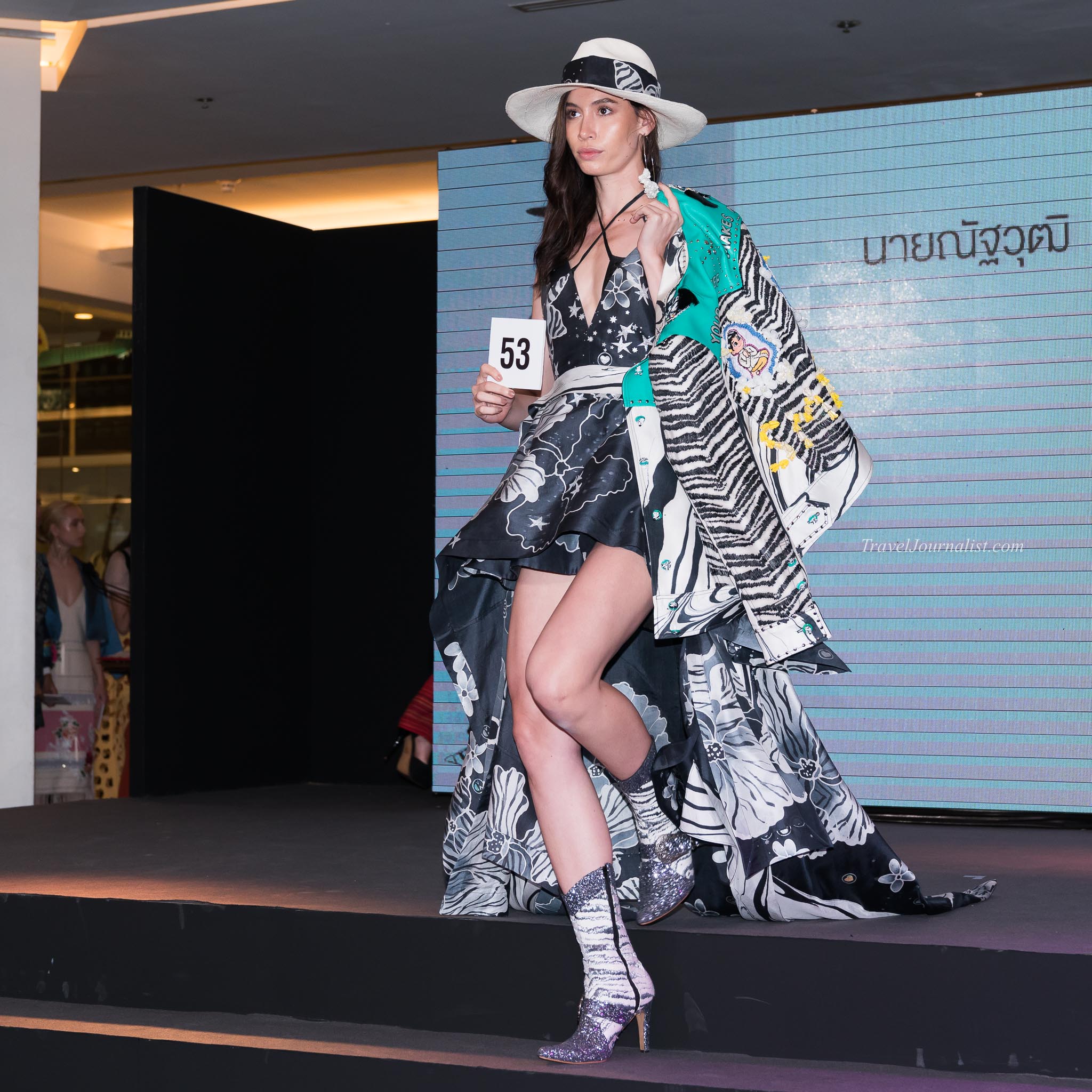 The Office of Contemporary Art and Culture, Ministry of Culture of Thailand, organized a fashion competition to promote the young designers in Thailand. After the selection, 117 new Thai designers presented their creation during a fashion show. The event took place in Siam Paragon, the 9th of May 2017. There were 3 editions before : in 2011, 2012 and 2013 . Now in 2017 it’s the 4th edition.
The artist and designer Wisharawish Akarasantisook organised the selection, the preparation and the good execution of the show. We had the chance to meet him for an interview to learn more about this project. 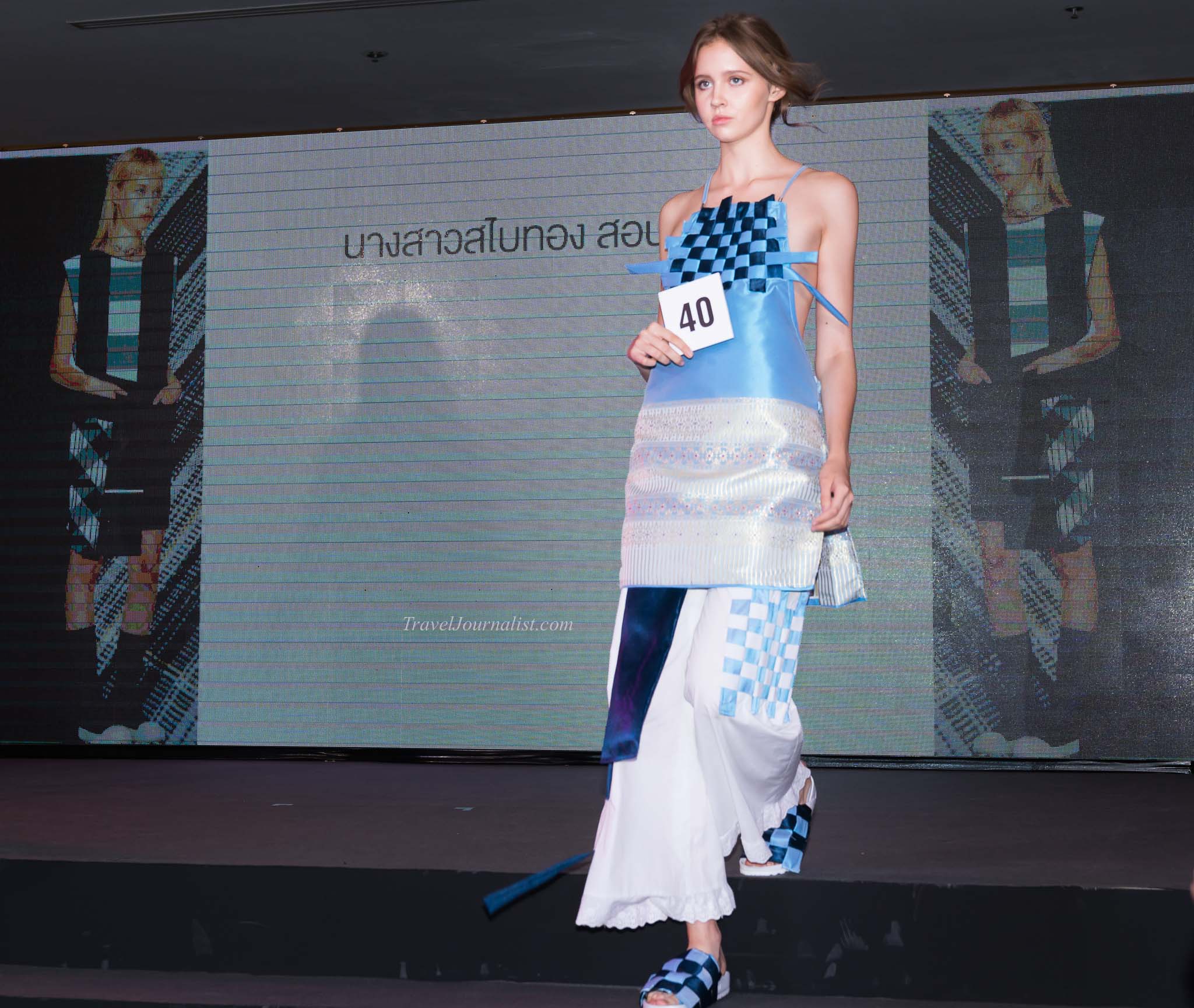 Can you tell us about the concept, the spirit of this event ?
The uniqueness of this contest is to work with Thai textile. The idea is to encourage the young designers to support Thai fabric. It profits the whole industry and many people working in the different parts of Thailand. Usually you see Thai fabric through traditional costumes, with a straight design, to show the folklore of Thailand.The idea of this project is to show that Thai textile can be used in a modern way, to make chic and cool clothes for daily life. We want to give another dimension, another image to make it survive in the long run. That ‘s the heart of this concept. It’s not easy to work with Thai textile, but at the end we see some interesting pieces. At the same time, it creates a new generation of Thai designer and we give them a platform to show their talent. 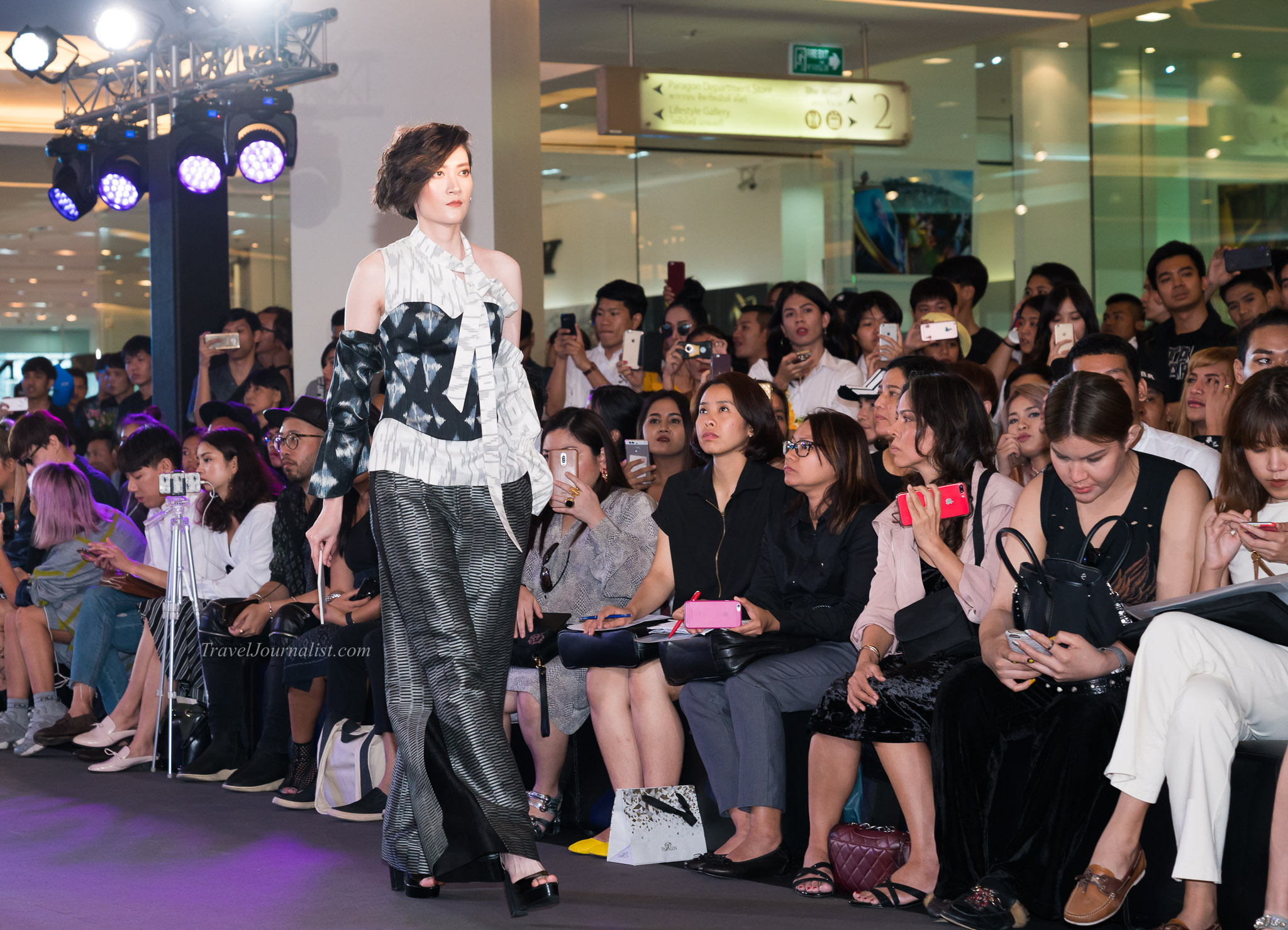 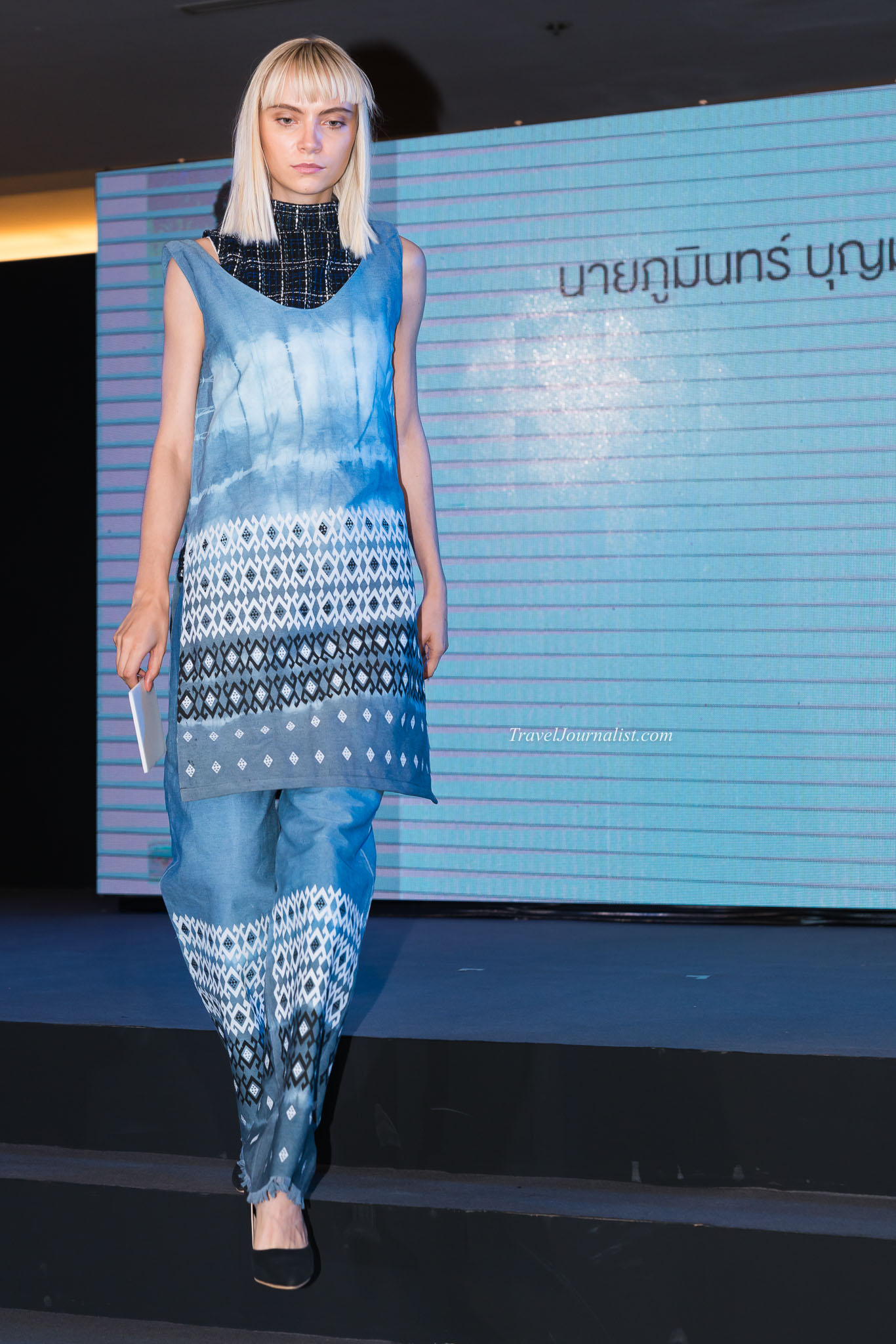 How was the groundwork for the show ?
It started 3 months before. We had to plan everything : the space, the settings, booking the models etc… Many model agencies were involved to provide so many persons. We had Thai and Foreign models, men and women, because we wanted to celebrate the diversity.
The designers had to do something flexible to fit any model because it’s not only for that show. The clothes can be used later for a photo shoot or another event. However, there was a fitting the day before.
Around 10 makeup artists were working the day of the show.
The jury was composed of 4 designers. Designers are perfect for that job because they know the business, the technics, the fabrics etc….
We received 360 applications and 129 were qualified. 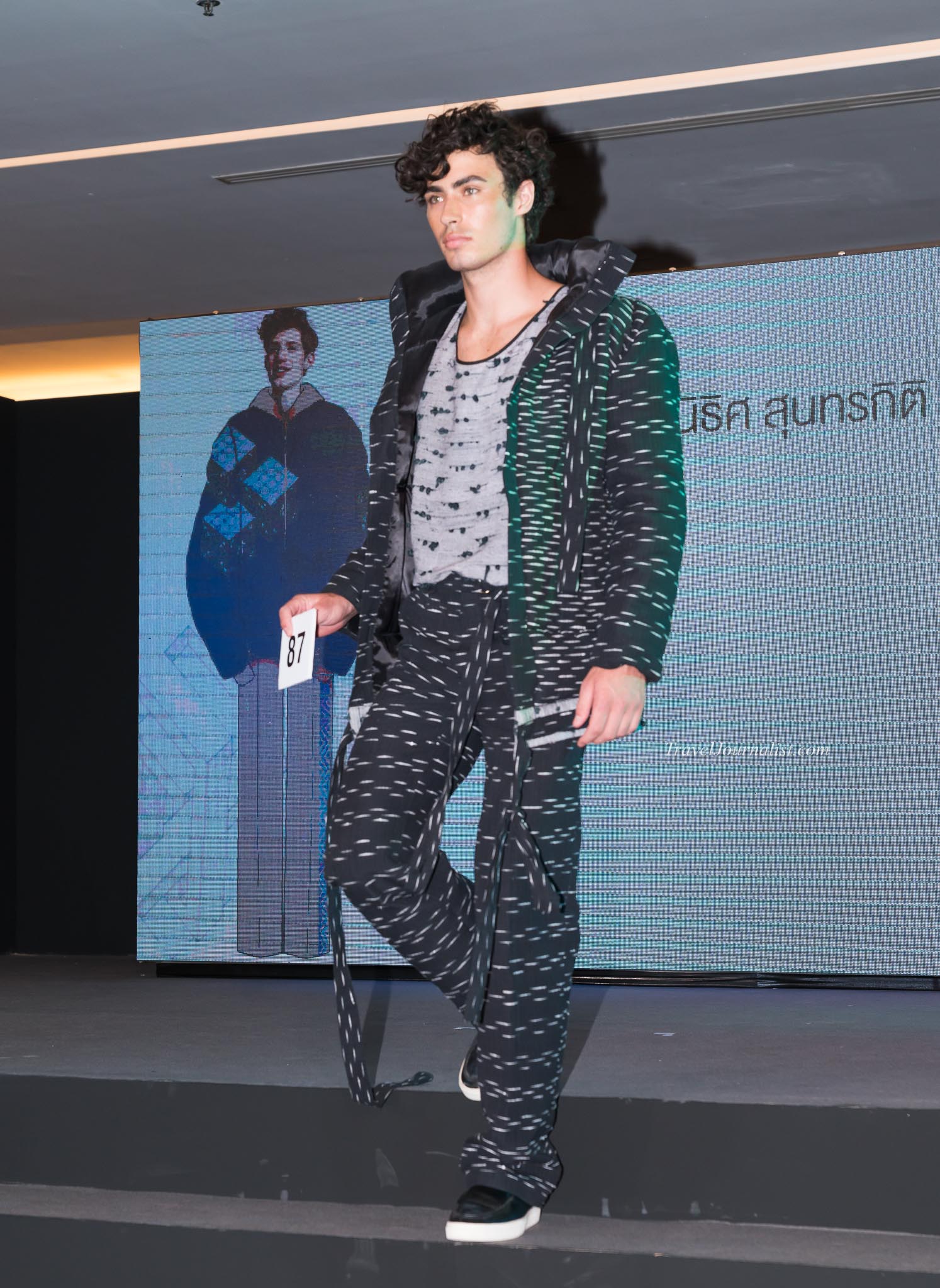 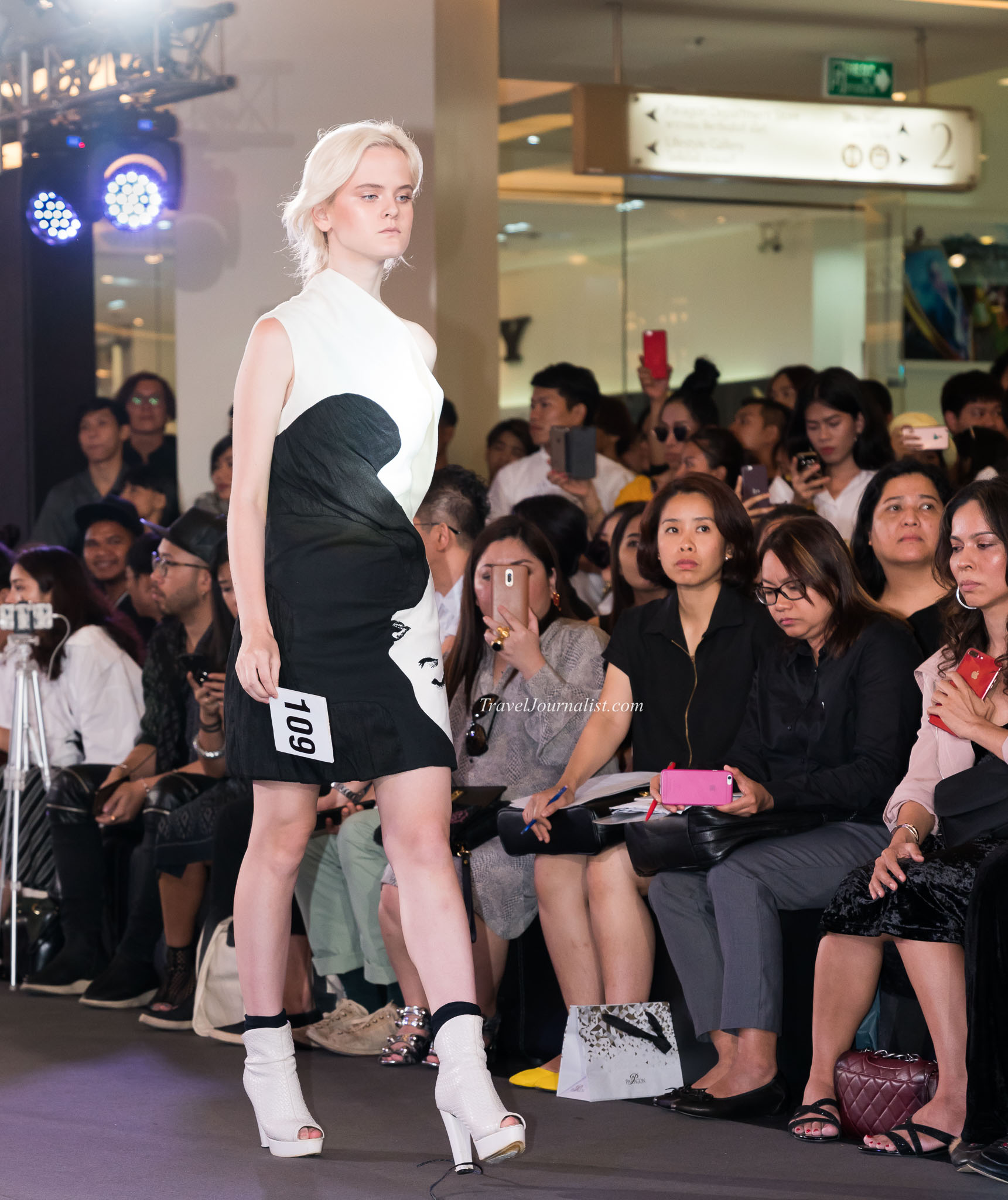 How did you select the finalists ?
To be selected, they had to answer the main theme : promote Thai fabrics . They had to use Thai textile, with a nice design and easily wearable for everyday life.
As it is a contest, the jury had to select the winners among the 129 qualified. The designers presented their concept, explained how their worked, the material they used, and answered the questions from the jury. There are 3 winners and 2 special prizes. 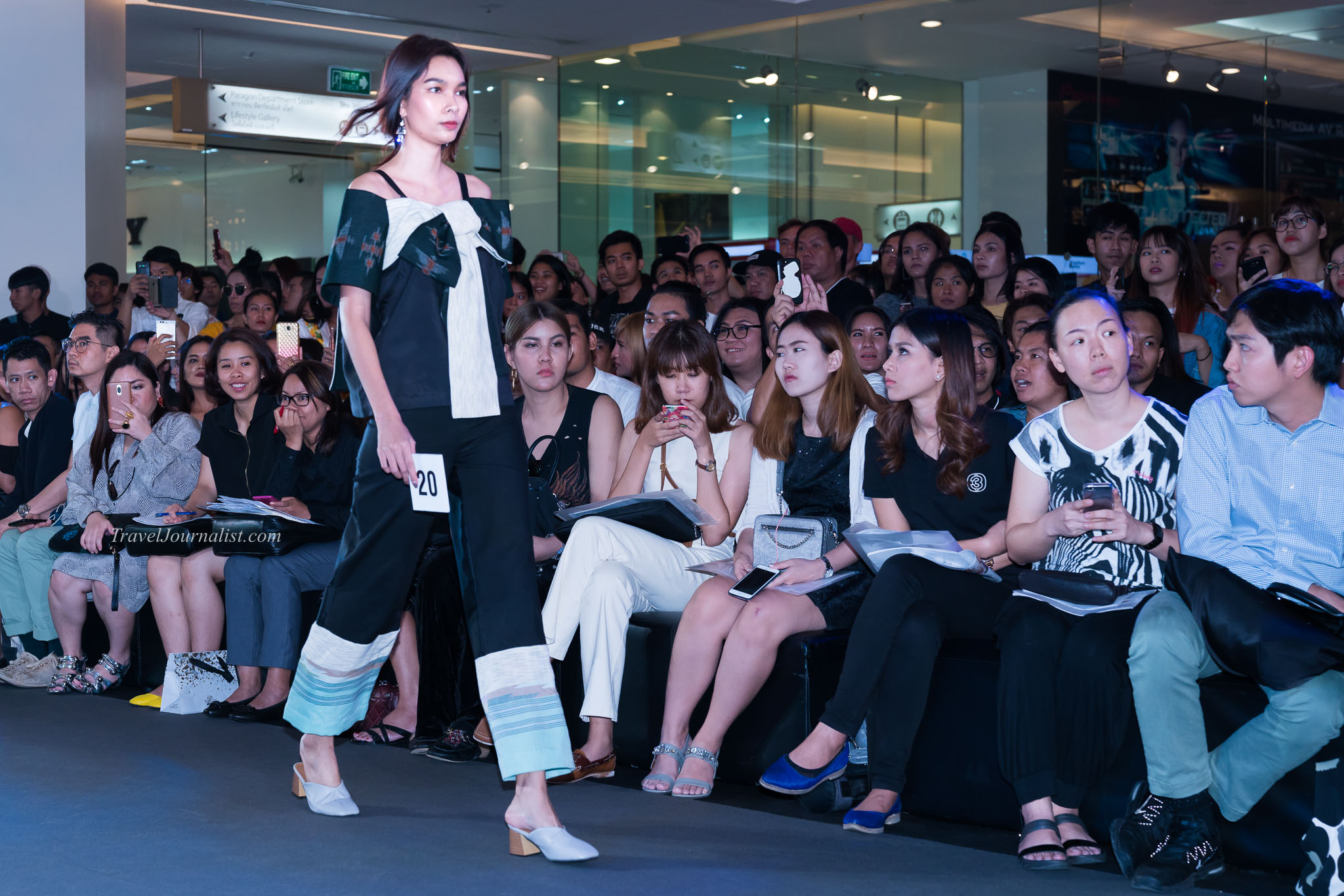 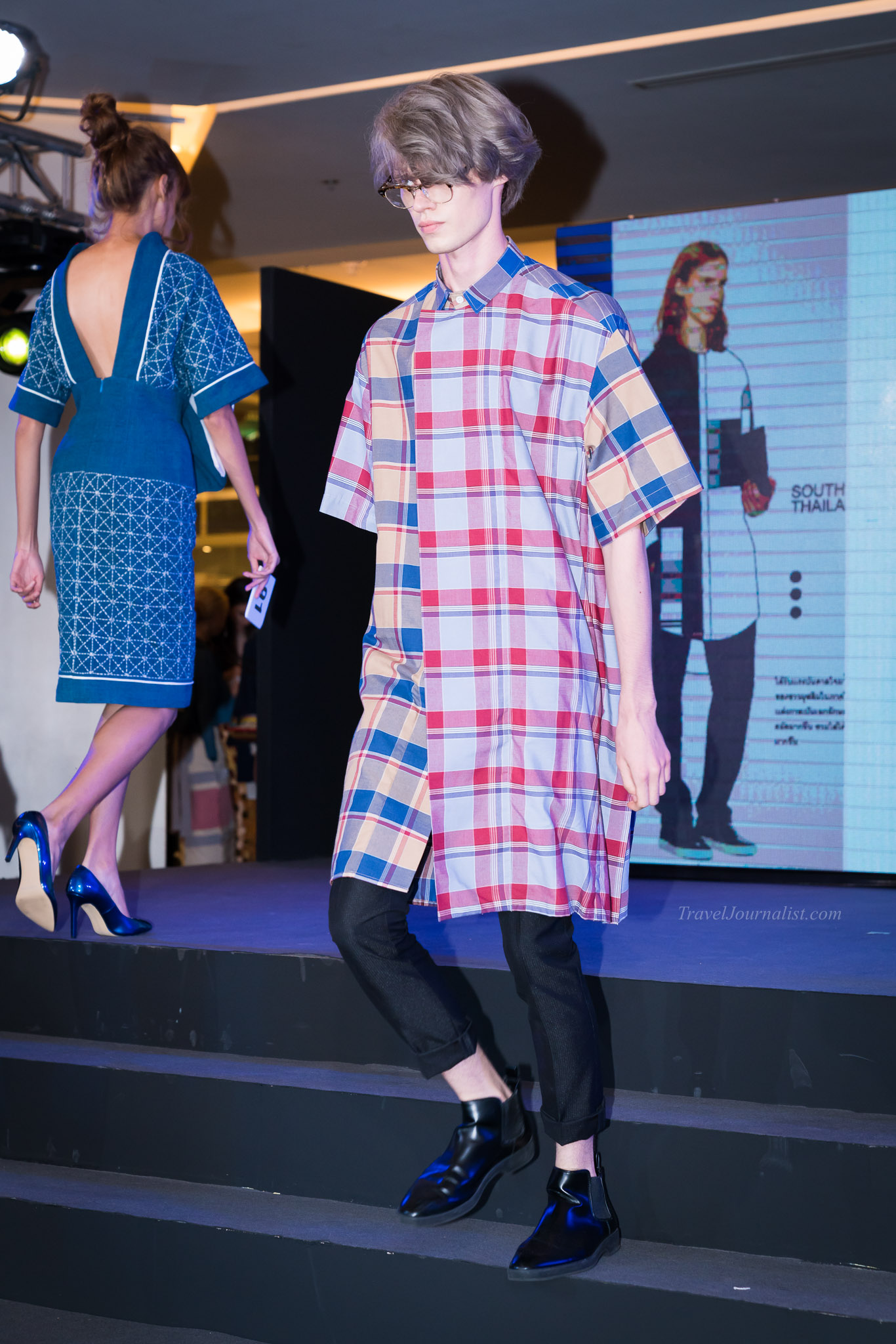 What are the trends that you notice among the Thai designers ?
A lot of sportswear related, clothes that active people would like to wear.
Tartan is becoming trendy again. Overall, there were many styles, many type of clothes because of the high number of models presented. All the fabric around Thailand were represented. The winner used some cotton hand woven in Chiang Mai.

What is gonna happen after the show ?
The first prize of the contest is 100 000 baht. Then it is 80 000, 50000, 20000, 20000 for the 2nd, third and the special prizes. But the most important is to have more visibility on the market, to be in the press, to be noticed by the professionals of the industry, to meet new people and make contacts. This a great opportunity for their carrier. Besides, this is a partnership between the designer and the Ministry of Culture. It is prestigious and can lead to more opportunities later. Their creation belongs to the Ministry of Culture because they were sponsored in the first place to do it. So it will be used later for other events , shows etc…
Some of the finalists of this year have already found a place in a new contest : Thai Touch, organized by the Ministry of Industry. The final show will take place in Tokyo.
You need to wait a few year to see how a designer will progress and succeed . The previous 3 edition winners now work abroad for famous international brands.

special thanks to Mr Wisharawish Akarasantisook for sharing with us his reflections about this inspiring project. We are looking forward to the next show…

Next Page : more pictures from the show —>